Review: Gilmore Girls: A Year in the Life Is a Disappointing Return to Stars Hollow

The revival of Gilmore Girls, a series of four feature-length episodes subtitled A Year in the Life, is one of those funny long-tail cases that would never have been possible before this exact moment. The show, in its run on the WB and (briefly) the CW, was popular by those networks’ standards but no one’s idea of a crossover hit. At its peak, it was the 110th-most-popular show on the air. And yet seemingly everyone who watched the show ended up in online media, where the show has been covered basically since the day it left the air with no more claim to newsworthiness than “We like it!” The existence of a streaming service with the pockets to bring back together the show’s stars and a business model that demands engaged viewers but not necessarily many viewers made this return an inevitability—even if it would’ve seemed impossible when the show left the air in 2007.

Which makes it all the more confusing, then, that A Year in the Life is so fustily out-of-time. It’s not a throwback—it’s flat-out anachronistic, and watching it I felt less nostalgia than confusion as to whether or not my apartment had become a time machine. The show is effectively critic-proof—there is nothing I can say that will keep the show’s fans from streaming it over the long holiday weekend. And yet, because A Year in the Life is not the first revival of a beloved TV property that falls flat and will hardly be the last, I feel compelled to note that the show’s very existence bummed me out.

The show’s plot hinges on a series of contrivances, given that the series (without the involvement of creators Amy Sherman-Palladino and Daniel Palladino, who had departed before the series finale) wrapped up with daughter Rory heading out on her own to conquer the world. Now, Rory (Alexis Bledel), feeling anomie despite what sounded to me like as accomplished a journalism career a thirtysomething could hope for, meanders back to hometown Stars Hollow, Conn., where mom Lorelai has been puttering along in the same fashion since she left—same job, same partner, same wisecracks.

When a show ends well, it leaves imaginative space for fans to continue the story. We’ve walked with these characters for a part of their journey, and now it goes on without us. This is why there’s such a high bar for reboots of old properties to clear—the adventures they present have to not only be good TV but justify themselves as more interesting than the limitless possibilities a satisfying finale presents. Carrie Bradshaw returning the same, but more materialistic and surrounded by ginned-up drama, in the Sex and the City movie, springs to mind as a negative, and Gilmore Girls gives us a whole new example. Rory’s plotline, some of which I am bound by agreement with Netflix from revealing, is disappointingly recursive, and Lorelai seems unappealingly frozen in time, with her vaunted cultural references and comebacks now curdled. A Goop reference, in the show’s opening moments, sets the just-uncorked-from-last-decade tone; the townspeople, clumsily integrated in a way that feels like fan service, just annoy. References to gay people feel dated, too, including a town meeting about a Stars Hollow Pride Parade. When Lorelai is asked about Queens (meaning the New York City borough), she responds, “They’re the most fun guys to hang out with!” Someone might have taken the trouble to write dialogue that didn’t feel quite so “Bush’s second term.”

While never a huge Gilmore Girls fan, I appreciated the show’s snappy dialogue—but that dialogue had, historically, been a means of conveying character information and plot development. Viewers of A Year in the Life pride themselves on knowing everything about these characters already, and the lack of movement in the years since the show ended won’t dissuade them; as for plot development over the course of the series, sprawling running times encourage bloat more than they do momentum. Endless wisecracks, some dated but some not, just wither on the vine in scene after endless scene. An hourlong drama with commercials is tight because it has to be; six hours’ worth of Gilmore Girls in 90-minute installments has to be nothing but itself, and that’s a dangerous blank check to write a show that even at its best could be indulgent. By the time a musical about the town’s history—in which neither Gilmore girl is involved—is unfolding, my bemusement had given way to frustration.

I think Gilmore Girls fans do deserve better than this jaggedly written throwback of a show, although my prescription for what is “better”—to enjoy memories of a show that, after a rocky final season, ended on a note of possibility—is neither what any fan would want nor what the market demands. This is not a good time for refusal of nostalgia. But, oddly, there’s a really good novella within the War and Peace that is the new show. It concerns grief—the force that, obliquely, defines the halted lives of both Rory and Lorelai. Both characters are reckoning with the loss of family patriarch Richard (played on the original series by Edward Herrmann, who died in 2014). Kelly Bishop, as his wife Emily, outdoes herself with raw, vulnerable acting, and both Bledel and Graham, when they’re reflectively pausing, get to tell a story that’s interesting and even moving.

But that story is squeezed in the margins of endless busy activity and town meetings and jokey comebacks referencing years-old movies. The latter is what Netflix and show creators know the show’s fans want. The story that only barely survives getting squeezed out, one defined by unapologetic emotion and the complexity of family bonds, is what made the show worth missing in the first place. 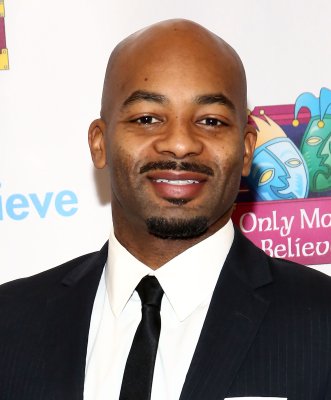 Hamilton Star to Trump: 'Nothing to Apologize For'
Next Up: Editor's Pick