NYC's Adam Yauch Park Vandalized With Swastikas. Until Kids Replaced Them With Hearts

Swastikas were spray-painted at a New York City playground on Friday, above the words “Go Trump!” And on Saturday, children replaced them with hearts and flowers.

The graffiti was removed on Saturday, and police are investigating the incident, the Associated Press reported. The Brooklyn park was named for the late Adam Yauch, who was Jewish. He was a member of the Beastie Boys.

By Saturday afternoon, children had redecorated the playground equipment with messages of love, as some left flowers and wrote “Love Trumps Hate” in chalk, NPR reported.

There have been several incidents of vandalism featuring swastikas in New York City and around the country since Election Day. Hate crime reports have also spiked.

There will be a rally against hate in the park at 11:30 a.m. Sunday. Elected officials and Beastie Boys member Adam Horovitz are expected to attend, according to a press release. 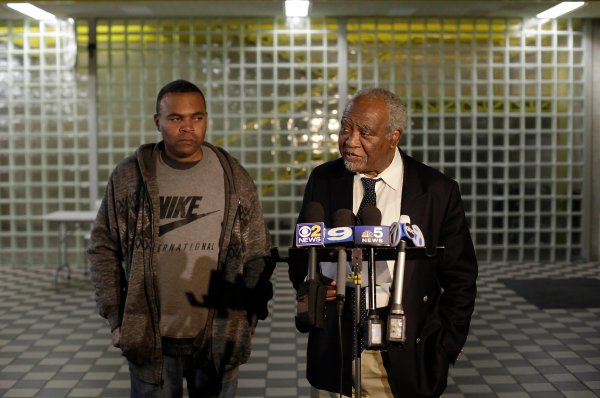 Congressman's Grandson Killed in Dispute Over Gym Shoes
Next Up: Editor's Pick