Donald Trump and the Transformation of White Evangelicals

Donald Trump delivers remarks while campaigning at Regent University on Oct. 22, 2016, in Virginia Beach, Va.
Win McNamee—Getty Images
Ideas
By Robert P. Jones
Robert P. Jones is the CEO and founder of PRRI and the author of White Too Long: The Legacy of White Supremacy in American Christianity, which won a 2021 American Book Award. He writes weekly at robertpjones.substack.com.

White evangelical Christians set a new high water mark in their support of Republican candidates by giving Donald Trump 81% of their votes, according to the 2016 exit polls. Much ink has been spilled explaining just how Trump defeated primary opponents with much stronger Christian credentials, such as Mike Huckabee, Rick Santorum, Ted Cruz and Marco Rubio. And Trump triumphed over Hillary Clinton, a lifelong Methodist who found her political calling in the church-youth group.

But perhaps a more important question — one that will have relevance far beyond the Trump Administration — is not why evangelicals supported Trump, but how white evangelicals’ early and steadfast support for Trump has changed them.

Perhaps the most dramatic example of the shift in white-evangelical political ethics is the way in which white evangelicals have evaluated the personal character of public officials. In 2011 and again just ahead of the election, PRRI asked Americans whether a political leader who committed an immoral act in his or her private life could nonetheless behave ethically and fulfill their duties in their public life. Back in 2011, consistent with the “values voter” brand’s insistence on the importance of personal character, only 30% of white evangelical Protestants agreed with this statement. But this year, 72% of white evangelicals now say they believe a candidate can build a kind of moral wall between his private and public life. In a shocking reversal, white evangelicals have gone from being the least likely to the most likely group to agree that a candidate’s personal immorality has no bearing on his performance in public office. Today, in fact, they are more likely than Americans who claim no religious affiliation at all to say such a moral bifurcation is possible.

This about-face is stunning, especially against the backdrop of white evangelicals’ outrage in response to Bill Clinton’s indiscretions in the 1990s. As Jonathan Merritt documented, Pat Robertson called Bill Clinton a “debauched, debased, and defamed” politician. But this year, Robertson’s Christian Broadcasting Network featured multiple friendly interviews with Trump — the candidate who bragged about sexually assaulting women and appeared on the cover of Playboy. And Robertson had this to say directly to Trump: “You inspire us all.”

The Trump era has effectively turned white-evangelical political ethics on its head. Rather than standing on principle and letting the chips fall where they may, white evangelicals have now fully embraced a consequentialist ethics that works backward from predetermined political ends, refashioning or even discarding principles as needed to achieve a desired outcome.

The key to understanding this reversal is grasping the sense of crisis felt by white evangelical Protestants today. While white evangelicals have always been prone to apocalyptic thinking, their current concerns about the waning power of their cultural world is well-founded. As I document in my recent book, The End of White Christian America, this is the first presidential election in which white Christians find themselves clearly in the demographic minority: 43% today, down from 54% in 2008 and right at the tipping point in 2012. It’s also the first election in which white evangelicals find themselves in the clear minority on one of their signature issues: opposition to same-sex marriage. In 2008, only 40% of the country supported same-sex marriage, and the country had just crossed into clear majority support in 2012. Today same-sex marriage is legal in all 50 states and roughly 6 in 10 Americans support it. The moral majority they are no longer.

Amid this identity crisis, fears about cultural change and nostalgia for a lost era — bound together with the ties of partisan identity — combined to overwhelm the once confident logic of moral values. The Southern Baptist Convention’s Russell Moore, an early and consistent critic of Trump, put it starkly. White evangelicals have, he argued, simply adopted “a political agenda in search of a gospel useful enough to accommodate it.”

Like Washington’s Old Post Office and other historical landmarks reconstructed under the Trump brand, it is tempting to argue that that Trump has single-handedly remodeled the political ethics of white evangelical Protestants, remaking it in his own image. But this analysis gives Trump too much credit. A closer look at long-term white-evangelical voting patterns suggests that Trump’s candidacy has laid bare dynamics that have been operating under the surface for decades, dynamics that were put in motion when white evangelicals unevenly yoked themselves to the party of Reagan in reaction to the civil rights movement in the 1980s.

More than a few white evangelical leaders and pastors are wringing their hands and rending their garments over the tribal support white evangelicals have rendered to the Republican nominee for President. But if these leaders expect to make any headway in recovering a political ethic based on moral values — one that is capable of speaking truth to party and President — they will need to begin much farther back than Trump. 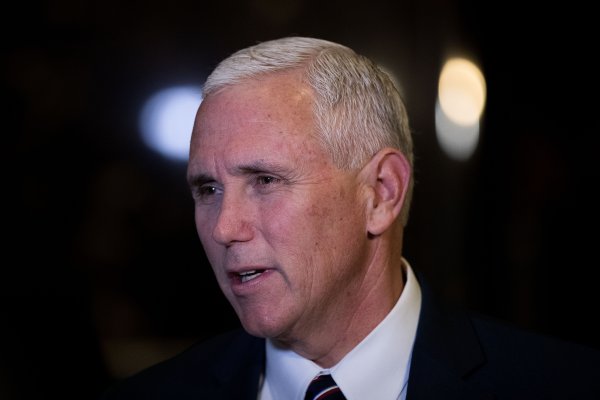 Mike Pence’s Hateful Laws Almost Kept Me From My Dying Wife
Next Up: Editor's Pick