Forget Christiane Amanpour-level journalistic ambitions, WASP-y familial strife, or even a mother-daughter love that rivaled the Edie Beales — the real pathos of Gilmore Girls lies within Rory Gilmore’s ever-fluctuating love life, a subject that still bitterly divides die-hard fans of the show into Team Dean, Team Jess, or Team Logan, despite the fact that it’s been nearly a decade since the last season ended.

However, with a new Netflix series debuting, questions about Rory’s former flames coming back into her life have inevitably surfaced, especially as all three of her past boyfriends have been confirmed for the revival. This means that in addition to being reunited with Lorelai, Rory, Luke, and the rest of Stars Hollow’s quirky residents, we’ll also be saying hello again to Dean, Jess, and Logan.

To help prepare you for your Gilmore Girls binge session once Gilmore Girls: A Year in the Life is released, we’ve prepared a comprehensive crash course to refresh your memory on the pros and cons of each of Rory’s boyfriends, as well as the likelihood of them getting back together with our fair Rory. Prepare to declare your loyalties — will it be Team Dean, Team Jess, or Team Logan?

Dean Forester: Dean is Rory’s first boyfriend ever, who she meets at the local high school before she attends Chilton and after he moves to Stars Hollow. He’s also her first kiss and the man she loses her virginity to. They embark on three different relationships during the duration of the show.

Pros: Dean is tall, handsome, and always willing to change the bottle in the water cooler in the Gilmore household, much to Lorelai’s delight. He’s a devoted and loving first boyfriend and continues to be just as infatuated with Rory for the second and third times that they pursue a relationship. In fact, his love for Rory inspires great, if overreaching feats, such as building Rory a car.

Cons: In the early seasons, Dean has a very bad bowl cut and a fashion sense seemingly inspired by Zach Morris. More troubling, however, is Dean’s jealousy and insecurity in their relationship; he perpetually feels threatened by other men in her life, from Chilton rich bro Tristan to Stars Hollow bad boy Jess, which leads to dramatic breakups like the one he does in front of the town during a dance marathon. He’s nowhere near as smart as Rory and definitely not as ambitious. Case in point: he isn’t even sure if he even wants to attend college and later drops out of school, while her number one goal during high school is to attend Harvard. Essentially, it’s a classic tale of someone outgrowing the other in a relationship. However, the biggest con is that Rory ends up losing her virginity to Dean while he’s married to someone else, in an event that leads to an ongoing affair and the eventual end of his marriage.

Likelihood of them getting back together: Little to zilch. Dean is the boyfriend that you awkwardly say “hi” to when you run into him on your trip home.

Pros: Off all Rory’s boyfriends, Jess is her intellectual equal. They share a voracious love of reading and no one else can better match her rapid wit. Although he gets into plenty of trouble while they’re in high school, there are moments of real emotional tenderness between the two, sandwiched between intense, chemistry-laden discussions of Jack Kerouac vs. Jane Austen. One of the most touching scenes is when Jess shows up at her dorm at Yale, apologizing for his leaving town without saying goodbye and showing some real emotional vulnerability by openly crying (she does not take him back, by the way). Later, in a strange twist of irony, Jess becomes Rory’s moral compass when he comes back to visit her after she’s dropped out of Yale; at this point, Jess has evolved from a rebel without a cause teenager to a grown man who’s had a book published. He convinces her to re-enroll at school and challenges her to reconsider why she’s with Logan, whose hard-partying ways are counter to her true ambitions. The best review of Jess, however? He’s the only boy that Rory’s arch-nemesis-turned-best friend Paris Gellar really approved of.

Cons: As the prototypical bad boy of Stars Hollow, Jess stirs up plenty of trouble in the small town, from snowman vandalism to starting fights at the high school. He crashes the car the Dean built for Rory, which earns no brownie points from Lorelai who is firmly Team Dean for most of the early seasons. He’s sad—about his flighty mother, his absent father, his lack of a support system—but this sadness manifests itself in anger and contrariness, the brunt of which goes towards the ever long-suffering Luke. He’s nowhere near the attentive, doting boyfriend that Dean was and there’s a very dark moment towards the end of their relationship where Jess basically sexually assaults Rory at a party before getting into a fist fight with Dean. Later, he skips out on town without telling Rory.

Likelihood of them getting back together: Very, very, very good. Of all of Rory’s boyfriends, Jess is the one who not only showed the most growth during the run of the show, but had similar life aspirations to Rory. Both Rory and Jess came from unconventional family units, which gave them a kind of emotional intelligence not seen with Logan and Dean. However, Jess as Rory’s intellectual equal definitely set apart their relationship.

Logan Huntzberger: Rory’s college boyfriend. A son of one of Richard and Emily Gilmore’s society friends.

Pros: Charismatic, handsome, and talented, Logan epitomizes the rich playboy of the Northeastern upper class set that Rory encounters as a part of her life with her grandparents. He helps Rory to open up and have fun, introducing her to undergrad life and secret societies at Yale. He also evolves from a player to devoting himself completely to his “Ace,” which honestly, isn’t that impressive, but in a world that rewards mediocre men for basic good manners, merits him a gold star.

Cons: Although he’s smart, Logan can’t be bothered to work hard for the things that are handed to him on a silver platter. A typical portrait of debauchery, he believes in working minimally and partying liberally—which helps to loosen Rory up while they’re both undergraduates (him a super super senior) but is decidedly less cute when he has to enter adulthood. Rory is also told by his father that she’s not a good writer, which traumatizes her to the point that she drops out of school. While Rory is clearly suffering from a false sense of high self-esteem, there’s no denying that Logan’s family is far too pretentious and that’s seen in the way that Logan treats everyone around him. He’s privileged and throws his money around as a way of flaunting the money he was born into and the power he was given.

Likelihood of them getting back together: Pretty good. In many ways, Logan epitomizes the man that Christopher, her father is—and Freudian psychology would have us believe that this means that Rory will end up with Logan. Logan is a poor little rich boy, but he is fun and Rory now knows how to occupy his world with as much finesse as she does Stars Hollow. Whether she’s willing to have his father Mitchum in her life again, however, is another story. 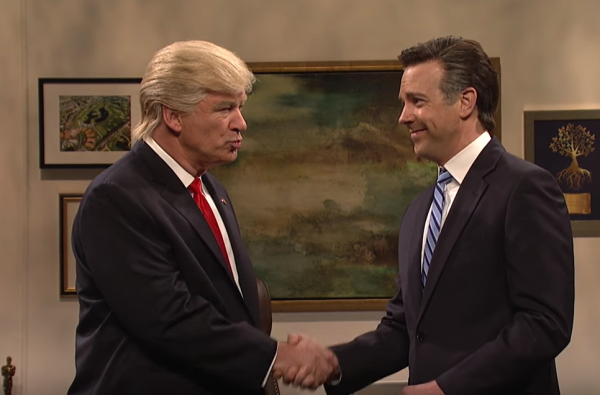