Review: A Young Man Searches for His Lost Family in Semi-Effective Lion

The opening section of Garth Davis’ debut feature Lion—which is based on a true story—is a lyrical, Dickensian wonder: In the town of Khandra in West Bengal, circa 1987, a small boy, Saroo (played by captivating child actor Sunny Pawar), is separated from his older brother at a train station. Hoping to find his sibling, who is normally extremely conscientious about looking after him, Saroo climbs aboard an empty train, which eventually starts moving—and doesn’t stop. The boy is carried some 1600 kilometers from his home, to Calcutta. When he’s finally able to scramble off that train, we see the crowded station from a child’s point of view, a forest of legs and arms that seem capable of crushing him—if they were even aware of his presence.

Saroo tries to tell people he’s lost, that he needs help, but they brush him off because they can’t understand his language. He finds a place to sleep near the train station—a bunch of homeless kids have staked out a spot, and one of them offers him a square of cardboard as a bed—but the authorities come and send the kids scattering. Saroo escapes and is befriended by a kindly woman, whose motives, it turns out, may not be so kind. He escapes again, and finds his way to the Ganges, a sacred river that offers him some solace—he desperately misses his mother and brother. He lives for months on the street, until a conscientious citizen brings him to the police, hoping to help him find his family. Because he can’t make himself understood, he’s sent to an orphanage, the first step toward a new life in Tasmania with loving, adoptive parents (played by Nicole Kidman and David Wenham).

By the time Lion has really begun, it already seems half over. That’s not to say the picture isn’t satisfying in a straight-to-the-gut way: Saroo, sweet-natured and openhearted, adapts easily enough to his new home—his parents adopt another child from India, who ends up being more of a trial to them, though they love the two boys equally. But when Saroo reaches adulthood—at which point he’s played by a broodily perceptive Dev Patel—he begins to recall glimmers of the family he lost so long ago. Tormented by these memories, he begins a seemingly impossible search for his birth mother.

At this point, Lion—which is based on Saroo Brierley’s 2014 autobiographical account A Long Way Home—becomes ordinary, even as it moves toward a climax that’s moving for all the predictable reasons. Even though it’s easy to understand why Saroo would be tormented by his half-remembered past and the family he lost, the movie doesn’t give us an adequate grasp of his life as an adult. At one point someone mentions that he’s protective of his messed-up adoptive brother (Divian Ladwa), but we don’t really see that in action. And Rooney Mara is stuck in a role of the caring girlfriend who gets pushed away, always a thankless enterprise.

But none of that diminishes the beauty of the film’s first act. Part of the reason the movie deflates is that it’s so hard to say goodbye to young Saroo, a bright, self-reliant kid with whose optimism is galvanizing. And it’s hard to say goodbye to India: Davis and cinematographer Greig Fraser capture small bits of this vast country in all its confounding, chaotic, dusty glory. It’s a place that manages to seem lush with color despite the presence of so much poverty. No wonder the older Saroo misses the warmth of his first family so much, even though he can barely remember them. He hears them calling him home. We want to go back there, too. 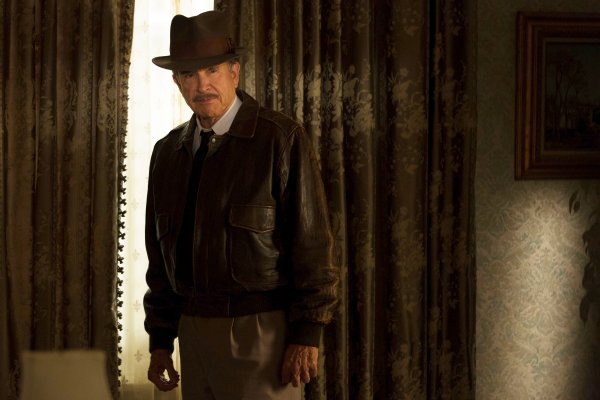 Review: Rules Don't Apply Rambles, But Beatty as Howard Hughes Is Still Something to See
Next Up: Editor's Pick