The 30 Rock actor will return to impersonate the now President-elect this Saturday, Variety reports. Baldwin, who presented a silly, finger-pointing caricature of the Republican nominee during sketches that tackled the presidential debates and his public apology for a leaked tape featuring his lewd language toward women, says he’ll continue this character “every now and then.”

After the surprising election results, Baldwin’s squinting “Trump face” was notably absent from the latest Saturday Night Live episode. Instead, the episode opened with Kate McKinnon’s sobering version of the late Leonard Cohen’s “Hallelujiah,” in character as Hillary Clinton without her opponent. Addressing this, Baldwin explained he didn’t perform because he was unavailable.

“What’s interesting is when people said to me, ‘You didn’t do it after the election,’” Baldwin told Variety. “I’m not available every Saturday night of my life, you know what I mean? We had other things to do.”

Baldwin will be at it again this Saturday with Kristen Wiig, who will host. 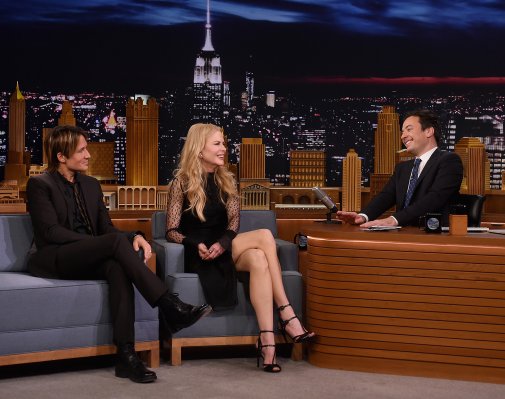