Just in time for the weekend, Britney Spears dropped the music video for her single with Tinashe, “Slumber Party.”

The Colin Tilley-directed video depicts a wild all-night bash that the pop princess and Tinashe attend, which is definitely not the slumber party you went to in middle school.

In fact, the fantasy-driven theme and unabashedly “pop” feel of the video brings to mind the Brit that we all knew and loved back during her heyday — that is to say that there’s no shortage of body glitter, choreographed group dance routines, candy colored ensembles, and toned abs during this grown-up “Slumber Party”.

“Slumber Party” is the second single and video off of Britney’s ninth studio album, Glory, which was released in August of this year.

Watch the full music video below. 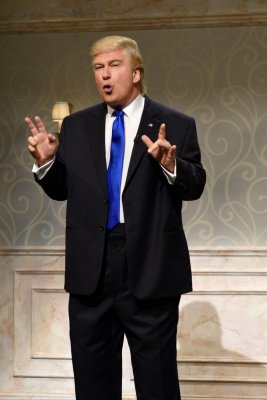 Alec Baldwin Is Returning as Donald Trump on the Next Saturday Night Live
Next Up: Editor's Pick