One of the most memorable moments in recent late-night television history was in 2015 when Jimmy Fallon and Nicole Kidman awkwardly recounted a terrible first date that they shared together — as fate would have it, it wasn’t meant to be.

However, Kidman and Fallon both revisited that brief, if uncomfortable dalliance on The Tonight Show, where the Aussie actress told host Fallon that she “so didn’t want to come back” because of the awkwardness of her last visit to the show. Fallon was determined, however, to make it even more awkward by adding mood lighting and romantic music every time Kidman spoke.

Kidman eventually revealed that she and Fallon had even more history together that involved running into him in the kitchen at a party at David Finch’s house.

“We were at David Finch’s house, I think it was David’s house, and it was when Brad [Pitt] and Jen [Aniston] were still together, so it was a long time ago,” Kidman said. “And you could’ve asked for my number then ‘cause it was round two… and you still didn’t ask for it, and you know that’s true. So do not pretend!”

Later, Kidman’s husband, country singer Keith Urban showed up to hang out with Kidman and Fallon. Fallon took the opportunity to ask Urban if he would ever invite Fallon to their house, to which Urban responded by saying that he didn’t feel threatened by Fallon at all, given Fallon and Kidman’s rocky romantic past.

“Yeah, I feel quite safe because you have no problem ignoring my wife in the kitchen,” Urban joked. 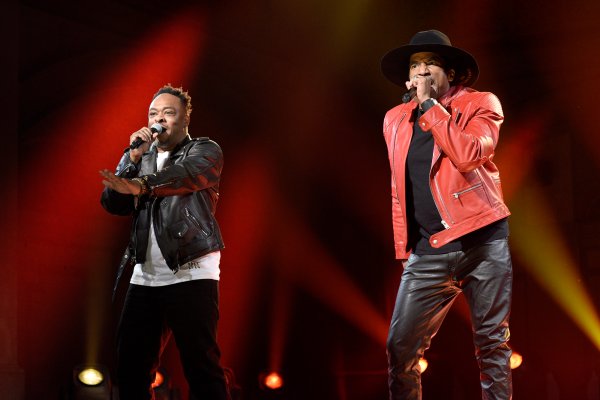 Watch A Tribe Called Quest Pay Tribute to Phife Dawg in the 'We the People' Music Video
Next Up: Editor's Pick