Amy Sandler was a plaintiff in Baskin v. Bogan, which challenged Indiana’s denial of marriage rights to same-sex couples while Vice President-elect Mike Pence was governor

As a resident of Indiana for five years, I got to know Governor Mike Pence better than the average Indiana constituent. Now that he is about to be our next vice president, I want all Americans to know exactly how he treated my family when my wife, Niki, was dying of ovarian cancer.

I want everyone to know the type of man he is—the type of things he is capable of.

I first met Niki in Washington, D.C., in 2000, and we quickly fell for each other. Niki grew up attending Indiana public schools, and she eventually graduated from Purdue University. She was proud to be from her home state.

When Niki was 33 years old, she was diagnosed with ovarian cancer. Over the next six years, we started a family together, getting married in Massachusetts and having two amazing, beautiful daughters, now 5 and 3.

When we exhausted all traditional treatment options, we knew we needed to secure our family’s rights. Niki and I joined a lawsuit filed by the LGBT advocacy group Lambda Legal, Baskin v. Bogan, so that the State of Indiana would recognize our marriage.

When a federal trial court ordered Indiana to recognize our marriage on an emergency basis because of Niki’s declining health, Governor Pence immediately appealed. He wouldn’t allow the state to protect even one family with a dying parent—my family—while the court case made its way through the legal system.

After the Baskin plaintiffs won a sweeping victory, ordering the state of Indiana to recognize our marriages and give all same-sex couples the right to marry, Pence again appealed and the court put our victory on hold. Given Niki’s grave health, our lawyers asked the court to lift the stay on an emergency basis, just for our family. But even that wasn’t acceptable to Pence—a lawyer for the state filed papers in opposition.

Ultimately, the Seventh Circuit Court of Appeals ruled that Indiana was violating our constitutional rights by enforcing its same-sex marriage ban.

Niki passed away shortly after our marriage victory.

Despite all that she was going through late in her life, my wife never stopped fighting for gay and lesbian Hoosiers. She never stopped fighting Pence. Niki spoke out publicly about her medical challenges. She shared our fear of being denied emergency treatment at our local hospital, since we had already been denied a simple family gym membership at the facilities.

But while Niki and I beat Pence to win the freedom to marry, the governor’s crusade against LGBT Hoosiers was only beginning.

Six weeks after my wife passed, I testified before Indiana’s Senate Judiciary Committee, begging them to reject Governor Pence’s so-called “religious freedom” bill that would legalize discrimination against LGBT people and women in the state. I thought: “What if this law had been in effect when we needed hospice care for Niki?”

In the last hours of her life, every second together counted. We didn’t have time to research whether or not the hospice company would respect our family. What if, in our most vulnerable time of need, hospice had been allowed—and protected, as Pence had wanted—to turn us away simple because we were a same-sex couple?

This time around, Pence won—at least initially. The governor hastily passed the bill and signed it in secret, allowing businesses, organizations and individuals to deny LGBT families like mine critical services simply based on a religious objection. It was only after people around the country—athletes, companies and ordinary individuals—began fighting back that the Indiana legislature was forced to water down the legislation, and Pence reluctantly signed a new bill into law.

That is our next vice president: a man who has shown time and again that he can’t govern for all people, but only the ones he approves of.

The morning after last week’s election, the thought of death overtook me in a new and invasive way. The pain I felt Wednesday was worse than the day Niki died. I had six years to prepare for her death, but no time to come to terms with the fact that the man who attacked my family was now one heartbeat away from the presidency.

I have little doubt that my family, and families like mine, will continue to be the target of his disapproval. His disdain for LGBT people is so clear even a child can understand it. I will forever remember my 5-year-old’s words when I picked her up from school Wednesday, in our new home of Massachusetts, wearing Niki’s green snowcap: “I know why you are wearing that hat mama. Because Mommy died and Donald Trump won.” She, too, was grieving and fearful on Nov. 9.

Let my family’s painful experience be a window into the soul of Mike Pence. It should give us all great concern—not just about the discriminatory policies he is likely to promote, but about the cruelty and lack of humanity that is at his core.

When Niki was taken from us too soon, she was comforted knowing that we might at least find dignity and compassion in the eyes of our state. It’s what she wanted for all couples and children in Indiana—and the nation. 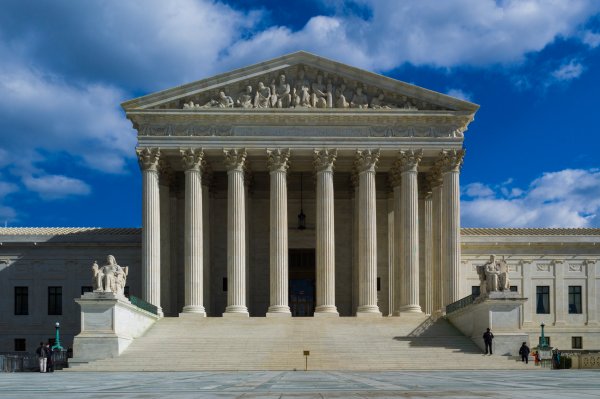