This Smart Oven Can Cook Your Favorite Meals For You

The good: Recognizes certain foods, Easy to use, Cooks food automatically
The bad: Expensive, only identifies limited selection of foods
Who should buy: Those with cash to spare who don’t have much time to cook and have limited kitchen experience

I’m not the best home chef around, yet my first attempt at baking lemon garlic salmon turned out perfectly. But I wasn’t following a special technique: I just opened the oven door, slid in a tray of seasoned filets, and pressed a button. My oven took care of the rest.

That’s what it’s like to use the June Intelligent Oven, which relies on a combination of internal cameras, artificial intelligence to identify and cook certain foods. The company behind the oven says it’ll start shipping units to customers who pre-ordered its $1,495 oven in December; it’ll start fulfilling new orders in January.

The June oven resembles a large high-end toaster oven, though it’s still compact enough to fit on a countertop. Its glass door features a 5-inch touchscreen that shows the time, includes buttons for choosing cooking types (bake, roast, broil, etc.), and offers access to a list of preset cooking options for specific foods (potatoes, chicken, salmon, etc.) The oven’s insulation keeps its glass door safe to touch while food is cooking. Setting it up is as easy as plugging in the oven and connecting it to your home wireless network. A smartphone app, meanwhile, lets chefs peek inside their oven and sends notifications when it’s time to flip a steak or take your meal out.

The June may sound gimmicky, and its capabilities remain limited — currently, it can only automatically ID and prepare 25 items, including staples like chicken breast, bacon, and chocolate chip cookies. But it’s surprisingly good at identifying and cooking these foods. When I slid in a London broil and closed the door, a tiny steak icon appeared on the touchscreen. A quick tap was all it took to strt cooking. The June oven will tell you when you should flip your meat, ensuring an even broil.

But the June struggles to recognize slight variations of the foods it’s normally able to figure out. It can identify standard-issue potatoes, but it didn’t recognize peeled baby potatoes. And while it knows chocolate chip cookies, it couldn’t immediately classify the pumpkin chocolate chip cookies I baked. It also can’t identify more than one food simultaneously, making it less useful for preparing an intricate meal. June’s creators say it’ll get smarter over time as more people use it and its software improves.

What about foods the June oven can’t recognize? Users can scroll through a menu to manually select from a list of 47 dishes with pre-programmed settings.

Many appliance makers now offer “smart,” Wi-Fi equipped versions of all the gadgets we’ve had in the kitchen for years, from coffee pots to toasters. The June stands out because it’s an attempt at creating a new product altogether, not unlike when microwave ovens first became popular in the 1970s and 80’s. But it’s still too expensive and too limited in its capabilities for most people to seriously consider buying. That could change as it learns to handle more complex meals on its own, and if it gets cheaper. But for now, paying nearly $1,500 to cook a steak without setting a timer is a tough sell. 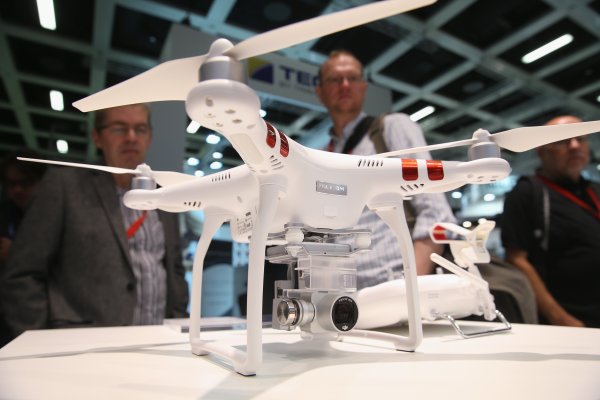 The 6 Best Black Friday Camera Deals
Next Up: Editor's Pick