A union in Sweden is trying to tackle one form of sexism in the workplace: mansplaining — you know, when men explain things that don’t need to be explained to women for no other reason than to stroke the male ego.

Unionen, which represents around 600,000 private-sector workers in Sweden, set up a week-long hotline for workers to report incidents of “mansplaining,” the New York Times reports. Working women and men can call the hotline between 10 a.m. and 4 p.m. this week to seek counsel from professors, authors and other gender experts on the common condescending behavior. The hotline is part of a larger effort by Unionen to change workplace culture.

“Our objective is to contribute to awareness and start a discussion which we hope will be the first step in changing the way we treat each other and talk about each other in the workplace,” Unionen spokesperson Jennie Zetterström told the Times in an email. “It’s important to create awareness about how seemingly small things that we do or say add up to a larger issue.”

And, as Zetterström told the Times, the hotline’s conversation has extended beyond mansplaining. Workers who have called in have sought advice on all forms of subtle sexism — from how women can speak up when conversation is often dominated by male colleagues to how to address situations where men get credit for women’s work.

But not everyone sees the value of Unionen’s hotline. The Independent reported that the union’s Facebook page has been hit with a wave of negative comments — “particularly from men” — calling the hotline sexist. Actually… 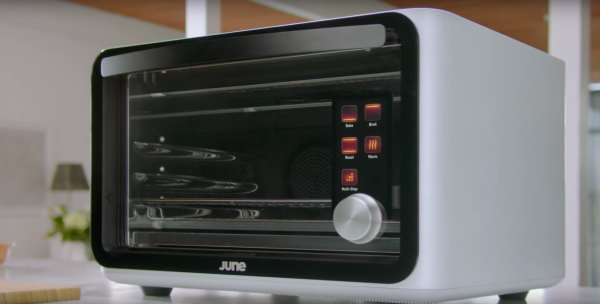 Review: The Smart Oven That Can (Kind Of) Cook for You
Next Up: Editor's Pick