Queen Elizabeth's Home Is Getting a $457 Million Refurb

Buckingham Palace, the home of Britain’s Queen Elizabeth II and Prince Philip, is to receive £369m ($457m) for a refurbishment program that will last 10 years.

The refit, which has been described as ‘essential’ by officials, will include replacing boilers, electrical sockets, light fittings and 100 miles of cables and pipes. The work is set to begin in April next year, subject to parliamentary approval, the U.K.’s Press Association reports.

The Queen is expected to remain in residence while the majority of the work is carried out, although there’s a chance that she may have to move out temporarily.

Funding for this decade-long refurbishment will come from a 66% increase in the sovereign grant – the annual allowance that is provided to the Queen by the government based on profits of the Crown Estate, the monarch’s portfolio of properties and assets.

Many have taken to social media to voice complaints about the Royal Family receiving this increased grant during a period of austerity in Britain. “The Queen should crowd-fund Buckingham Palace repairs. Then the £394m [starting quote] could be given to improving social care,” wrote one Twitter user.

Others have argued that the money the Royals bring into Britain makes the cost worthwhile. “Why are people losing their s**t over the Buckingham Palace refurb? The status of our royals globally and [the money brought in] via tourism makes it no brainer,” added another. 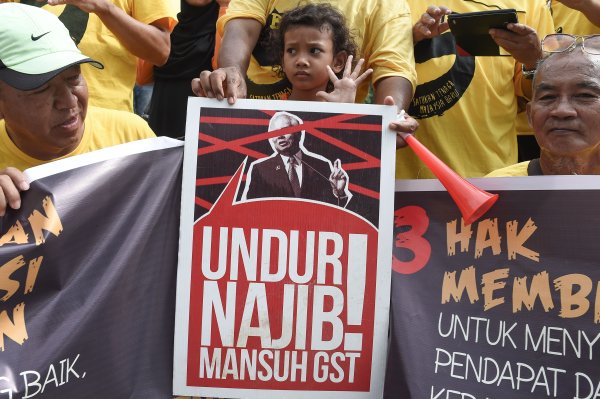 Malaysia Braces for More Anti-Government Protests
Next Up: Editor's Pick