Meet the Last Woman Standing in the GOP Leadership

The GOP has selected its new House and Senate leaders, and only one of them is a woman. Of the three women in Congressional leadership positions, only Rep. Cathy McMorris Rodgers of Washington to run for re-election. NBC reported that the new GOP leadership team will be the least diverse in at least six years.

All six Senate GOP leadership positions are filled by men. For the Democrats, two of the top four spots in the Senate are women — Sen. Patty Murray of Washington and Sen. Debbie Stabenow of Michigan. House Democrats will vote on Nov. 30, and Nancy Pelosi’s leadership role is largely seen as under threat. There are no minorities among Congressional leaders in either party.

“It’s an unfortunate occurrence when you look at it in the aggregate but then you have to also look at the fact tha [sic] some of us chose to not spend our time on those activities,” Republican Rep. Marsha Blackburn of Tennessee told NBC. “It’s not our choice for where we want our energies to be placed.”

In addition to McMorris Rodgers, Reps. Kevin McCarthy and Steve Scalise also ran unopposed and were unanimously re-elected, as was Speaker of the House Paul Ryan.

McMorris Rodgers represents Washington’s 5th Congressional District. She became the first female leader of the House Caucus when elected in 2002. During the course of her career, she has been vocal in her opposition to same-sex marriage and sexual orientation-based anti-discrimination laws. The new roster makes her the highest-ranking Republican woman in Congress.

Correction: The original version of this story misstated which state Rep. Cathy McMorris Rodgers represents in Congress. It is Washington. 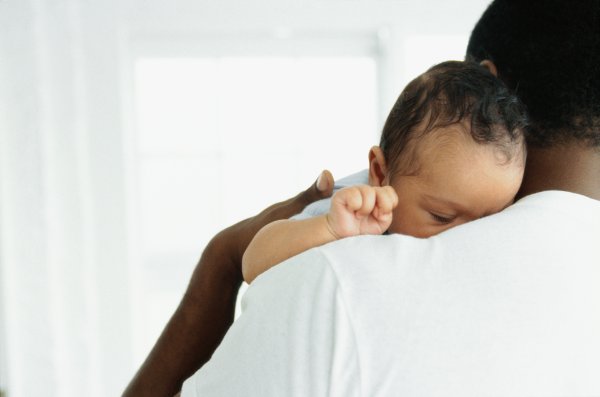 Not All Big Companies Offer Paid Family Leave
Next Up: Editor's Pick