What History Says About Fantastic Beasts and Where to Find Them

J.K. Rowling’s Fantastic Beasts and Where to Find Them, the Harry Potter prequel arriving in theaters and in a script-book form on Friday, will introduce fans to a pre-Potter era that includes a menagerie of magical, misunderstood creatures.

The movie follows “magizoologist” Newt Scamander, played by Eddie Redmayne, who lets a few beasts out of his magical briefcase, causing mayhem throughout 1920s New York City. In the narrative of the Wizarding World, Scamander’s adventures, which will be played out on screen over the course of five movies in the new series, inspired a book—with the same name of the film—that shows up briefly in the original Potter series.

Rowling, who wrote the screenplay, has often drawn on real history, culture and religion in her fiction, so it’s no surprise that experts find she’s been clever with her creation of each beast in Scamander’s case.

Stephen Asma, a professor of philosophy at Columbia College Chicago and author of On Monsters, says that the connection goes all the way back to the idea that there would be a Fantastic Beasts book that Harry Potter might read at school. Such a compendium of creatures is a very old concept, started in the ancient world.

“Aristotle was writing about ‘fantastic beasts’ in the Hellenic period,” he says, referring to the Greek philosopher’s Historia Animallium.

In the movie, Scamander’s beasts are feared by nearly everyone but himself. Asma sees another connection there: he says that terror about mystical creatures wasn’t that big of a thing in Aristotle’s time. Initially, Greek and Roman cultures were interested in supernatural creatures because they were surprising and different, but their myths didn’t position such animals as dangerous or demonic. That came later, in the Medieval period and into the dawn of Christianity, as older monster myths met the stories of the Bible. “Whenever you see monsters described in the medieval period and into the 1600s,” Asma says, “you’ll often see them said to be the descendants of Cain, and a good example of this is in Beowulf.” (The Old English poem features a villain named Grendel who is referred to as the “kin of Cain.”)

“So this makes monsters in the Christian tradition pretty much all evil. What I like about Rowling is she’s going back to this other notion of monsters,” Asma says. “That they’re just creatures like us trying to get through life, and we can befriend them and they can help us and we can help them.”

Asma notes that many of the Wizarding World’s creatures are similar to some of the most famous in mythology.

For example, Scamander’s story introduces creatures like the occamy, described on Rowling’s site Pottermore as a “two-legged winged creature with a serpentine body, that is fiercely protective of its eggs,” which Asma says sounds a lot like the Greek mythological griffin, a winged lion known for aggressively guarding its eggs.

Rowling’s also made it clear the favorite newcomer in the beastly world is the niffler, a platypus-like, trouble-making creature “with a penchant for anything shiny,” which Asma says could tie back to a religious tradition called animism, in which the world is full of “little mischievous spirits.”

“The idea in these animistic cultures is that you’re trying to draw the local spirits into a house to live,” he says, “and you’re going to provide them with food and drink and a nice place to live and then they won’t disrupt your business or family.”

Perhaps most importantly, Scamander repeatedly tries to convey to suspicious onlookers that the beasts in his case are hardly disruptive—and here, once again, Rowling’s story reflects how beasts have often been treated throughout history and culture. The archetypal beast is powerful and strong but ultimately lonely and misunderstood.

“That theme is returned to over and over because we oftentimes see that this thing we saw as threatening is in fact something that’s just different from us,” he says. “Oftentimes when you see monsters, you’ll notice they’re exaggerations of real predators in the local environment or cultural fears like xenophobia. Some creature seems evil until you realize they have a backstory that’s filled with pain and possibly abuse and misunderstanding or loneliness, and once you grasp that, it makes sense.” 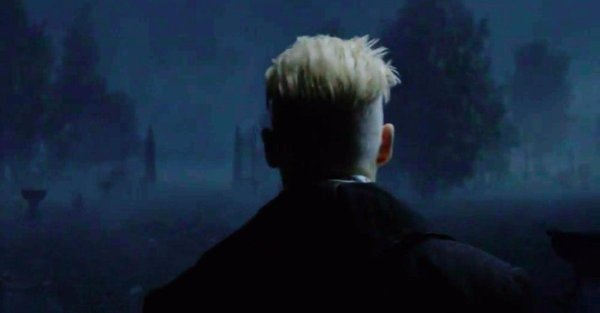 Where Does the Fantastic Beasts Franchise Go Next?
Next Up: Editor's Pick