Leonardo DiCaprio Did Lunch to Support the Homeless

Do-gooder Leonardo DiCaprio paid his first visit to Scotland on Thursday, and while in Edinburgh he grabbed a nice lunch at Home restaurant staffed by formerly homeless employees..

Diners at Home are encouraged to contribute to meals for the homeless through charity organization Social Bite. DiCaprio ordered lamb tagine with cous cous, and he wasn’t there to hang out with his usual squad of pals, either; he was joined by one lucky lady named Elise Lovell, winner of the charity raffle to dine with DiCaprio for his midday meal. She bought eight tickets for the raffle at about $6 a pop, the BBC reports, and said that the Oscar winner and environmental advocate was “absolutely charming.” (All ticket prices also went towards free meals for the homeless.)

“I never thought in a million years I would win the actual competition. This is not my average Thursday,” Lovell told the Express.

One of the trainee chefs who helped cook his lunch was a fan of the actor too, as it turns out.

“I told him I’ve loved him since I was nine and that I did a project about him at school, he said ‘that’s so cool,'” Biffy Mackay told ITV News.

Hundreds of Scottish fans lined the streets awaiting DiCaprio’s arrival, despite drizzling skies. The star was in town for the Scottish Business Awards, where he would be a keynote speaker. Last year, fellow Hollywood favorite George Clooney made his own visit to Edinburgh to support the same charity as well. 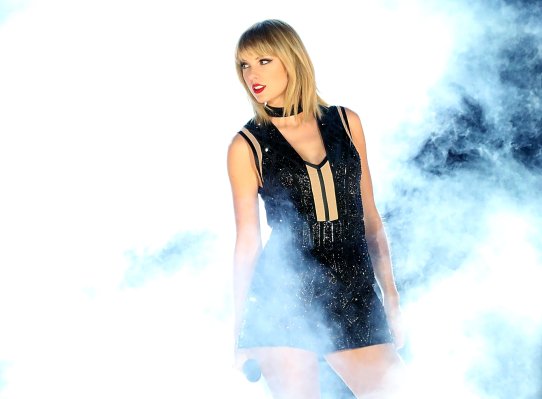