Stephen Hawking attends the Pride Of Britain Awards at The Grosvenor House Hotel on Oct. 31, 2016 in London.
Karwai Tang—WireImage
By Justin Worland

Humans need to find a new planet within 1,000 years to keep the species alive, Stephen Hawking said in a talk this week.

Hawking, the noted theoretical physicist, said that humans will likely expend the planet’s resources in that time, according to the remarks, first reported by Daily Express.

“We must…continue to go into space for the future of humanity,” Hawking said, according to the remarks. “I don’t think we will survive another 1,000 years without escaping beyond our fragile planet.”

Hawking has made similarly dire remarks in the past, including earlier this year when he called when he said disaster on Earth was a “near certainty.” 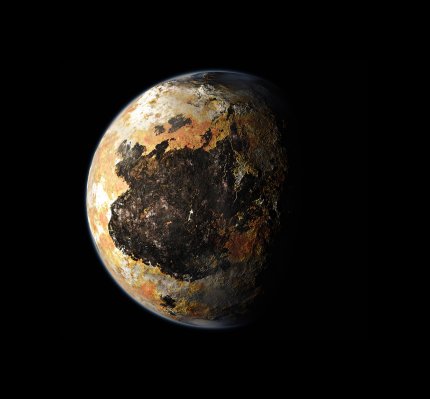 There Might Be an Ocean Under Pluto's Surface
Next Up: Editor's Pick