Donald Trump has said he wants be the president for all Americans and has told people not to be afraid of his administration. But so far, his supporters don’t all seem to be on the same page.

Carl Higbie, a former Navy SEAL and spokesman for the pro-Trump Great America PAC, argued Wednesday night on Fox News’ The Kelly File that the internment of Japanese-Americans during World War II could serve as a precedent for a registry of all Muslims living in the U.S. When host Megyn Kelly asked whether he was worried about the constitutionality of such a system or the potential for abuse, Higbie cited history.

The idea of a Muslim registry didn’t come out of thin air. Kansas Secretary of State Kris Kobach, who has been advising Trump on immigration, told Reuters on Tuesday the new administration might create a Muslim registry modeled on the controversial National Security Entry-Exit Registration system put in place after the Sept. 11 terror attacks.

Trump drew criticism last year after first proposing a ban on Muslim immigration and then saying he did not know whether he would have supported or opposed the World War II Japanese internment camps.

Kelly quickly rebuked Higbie for his comments about the internment camps on Wednesday. He pushed back by arguing, “I’m just saying there is precedent for it.”

She replied, “You can’t be citing Japanese internment camps as precedent for anything the president-elect is gonna do.” 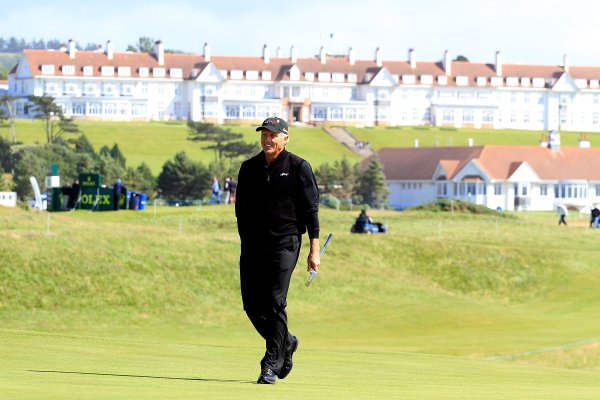 Australia's Prime Minister Got Donald Trump's Phone Number From a Golfing Buddy
Next Up: Editor's Pick