How Donald Trump Can Make Airports and Bridges Great Again

In his victory speech, Trump repeated a campaign pledge to fix the nation’s crumbling roads, buckling bridges and dilapidated airports. The President-elect has proposed $150 billion in tax credits, which could spur a new construction boom he says will create “millions” of jobs. He has not identified a way to pay for the projects, beyond arguing that increased economic activity could boost tax receipts.

Democrats also favor spending projects, and they’re receptive to an infrastructure bill that could help create jobs, even if they disagree on the details. Hillary Clinton campaigned to deliver some $500 billion in infrastructure spending, while Senator Bernie Sanders proposed twice that in federal funds. The party’s leaders would prefer direct government investments paid for through tax reform, including a onetime tax on overseas profits of U.S. corporations. But there’s room for an alliance with Trump on the topic. “We can work together to quickly pass a robust infrastructure jobs bill,” House minority leader Nancy Pelosi said after Trump’s triumph.

It’s many Republicans who aren’t yet on board. Ideologically suspicious of large stimulus packages, conservatives worry that the money will be misused or wasted. Republicans point out that Congress already approved three major infrastructure bills during the past year. “It’s more of the same,” says Michael Sargent, a research associate at the Heritage Foundation. In a unified GOP Congress, Trump’s own party could deny him an early victory on one of his top domestic priorities. 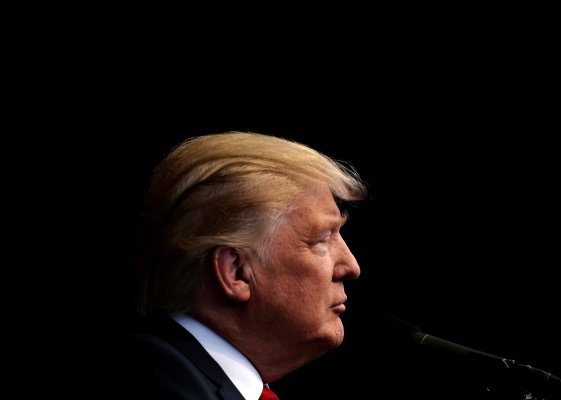 Inside Donald Trump’s Chaotic Transition
Next Up: Editor's Pick