Teen Angst With a New Edge

There’s a moment halfway through The Edge of Seventeen that sums up just how messy life has gotten for Nadine (Hailee Steinfeld). She has stolen her mom’s car and parked it at an elementary-school playground. She is seated on a slide crafting a desperate message to a classmate who barely knows her name, offering to hook up with him in the back room of the pet store where he works. Then she thinks better of it–and accidentally hits Send.

The scene is funny, but its poignancy comes through too. Nadine is at a place reserved for kids, fumbling with a most grownup thing. This is the region staked out by The Edge of Seventeen, out Nov. 18, which blends sharp humor with an unusual tenderness for the adolescent experience. “It’s a true, honest telling of what being a teenager really feels like,” says Steinfeld.

On the surface, the actor could not be more different from her character. At 19, Steinfeld already has an Oscar nomination, for her 2010 turn in True Grit. She’s also a budding pop star; her recent single “Starving,” with electronic artists Grey and Zedd, hit No. 14 on the Hot 100. She’s a fashion-world darling and a member of Taylor Swift’s famed “squad.” Nadine, meanwhile, is an awkward, smart-alecky high school junior who gorges on junk food, can’t hold her liquor and alienates almost everyone she meets. But Steinfeld says the film cuts through to something universal about the experience of growing up. “More than a teen movie or a high school movie, it’s a movie about figuring out who you are and what your place is,” Steinfeld says. “That’s what resonated with me.”

The film tracks Nadine as her longtime best friend (Haley Lu Richardson) suddenly begins dating her brother (Blake Jenner), a handsome jock whom Nadine despises. When Nadine gives her friend an ultimatum–him or me–it backfires, sending her on a downward spiral. Her distracted mother (Kyra Sedgwick) and a gruff teacher at her school (Woody Harrelson) aren’t much help. The loneliness and anxiety of being a teenager are vividly rendered, which is part of what spoke to Steinfeld. For all her evident success, she says she struggled to make friends and was bullied when she was younger. “It’s a time in life that’s confusing and messy and not always great,” she says.

Writer-director Kelly Fremon Craig (who wrote the screenplay for the Alexis Bledel vehicle Post Grad and makes her directorial debut here) says the film is really a story for outsiders of all ages. “The thing about life I wanted to explore was that feeling that you have, particularly at that age, where you are sure that everybody else has life figured out except you,” she says. “That’s a feeling that never quite goes away.”

The film, stirring without being saccharine, recalls comedies like Little Miss Sunshine and As Good as It Gets–written and directed by James L. Brooks, who produced The Edge of Seventeen. In fact, Nadine’s lovable jerk is along the lines of the Jack Nicholson character in As Good as It Gets (minus the homophobia, racism and misogyny). She repeatedly insults people who want to connect with her, including her sweet, love-struck classmate Erwin (Hayden Szeto). “She’s her own worst enemy, her own mean girl, the only person that’s driving her crazy,” Steinfeld says. Still, the viewer can’t help rooting for her. To write a character who’s so flawed yet so sympathetic, Fremon Craig says, it’s critical to get “the whole, messy, complicated truth of somebody–even if it’s ugly in places.”

That also required finding an actor who can modulate from bratty to heartbreaking in a single shot. “We spent almost a year auditioning every girl under the sun,” says Fremon Craig. “At some point you start to think, Oh, my God, she just doesn’t exist. She had to have comedic chops–she obviously had to have dramatic chops–she had to have just a charisma where you couldn’t take your eyes off her.” When Steinfeld eventually came in for an audition, Fremon Craig says, it was “emotional” to finally hear the lines in the right voice. “The little nuances between the lines were so beautiful. Just the way she’d hold her body and the little asides–she’s so alive in every moment.”

Steinfeld may have her life more together than Nadine, but she still relates to feeling like a misfit. For now, she’s just satisfied to have contributed to what feels like an honest portrait of teenage life. “It’s nice to have a story that you can watch and feel understood by and feel like you’re not alone,” she says. “The Breakfast Club and Say Anything and Fast Times at Ridgemont High are timeless for a reason. The feelings of betrayal and loss and love and friendship–those feelings don’t ever change.” She sounds wise beyond her years.

Raunchy reigns during the holiday and beyond

I AM NOT MADAME BOVARY

Chinese movie star Fan Bingbing stars in this sly political satire about Chinese bureaucracy and gender dynamics. Fan plays a woman who colludes with her husband to split up for a real estate benefit, learns that he’s quickly moved on, then crusades to nullify the divorce so she can remarry and redivorce him–this time with a vengeance.

In this sequel to the 2003 dark comedy that had Billy Bob Thornton infusing the holiday season with equal parts booze and blasphemy, the naughty St. Nick returns to swindle a charity out of its seasonal haul. In addition to his faithful sidekick (Tony Cox), he’s joined this time by Christina Hendricks as the do-gooder foil and Kathy Bates as the mother whose nastiness is matched only by her son’s.

Paul Rudd and Patton Oswalt lead a team of comedic all-stars, from Hannibal Buress to Laraine Newman, in this remarkably raunchy animated adult comedy. Having given up on their Hollywood dreams as their 30th birthdays approach, two best friends hatch a plan to secure a more instant and short-lived kind of fame: they set out to go viral.

In an ensemble comedy as raucous as its title is basic, a group of employees (Kate McKinnon, Jason Bateman, T.J. Miller) try to save their failing company by inviting a high-profile client to an epic holiday shindig, much to the chagrin of their party-pooping boss (Jennifer Aniston). Expect drunken physical gags, naughty elves and reindeer frolicking very far from home.

It’s like Guess Who’s Coming to Dinner, if the parents were objecting not to the race of their daughter’s betrothed but to the fact that he’s a crass, tattooed new-age techpreneur. Bryan Cranston plays the outraged dad, along with Megan Mullally’s prudish mom, Riley Keough as the smitten daughter and James Franco as the would-be fiancé.

German filmmaker Maren Ade explores a very different set of father-daughter dynamics in this sweetly comic yarn. Fearful that his daughter is miserable in her demanding career as a consultant, a disconnected dad hatches a plan, involving a matted wig and a set of false teeth, to awaken the dormant sense of humor in the child he loves. 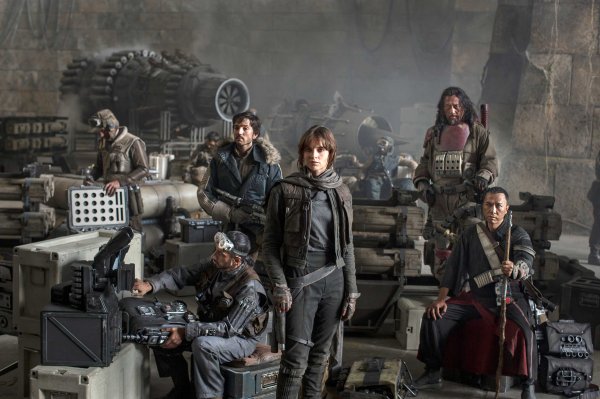