A Liar in the Oval Office Could Threaten the World's Order

Donald Trump delivers a speech during the evening session on the fourth day of the Republican National Convention at the Quicken Loans Arena in Cleveland, Ohio, on July 21, 2016.
Landon Nordeman for TIME
Ideas
By David Banks and Joseph O'Mahoney
David Banks is a professorial lecturer specialising in political history at the American University in Washington DC. Joseph O'Mahoney is a Stanton fellow in the Security Studies Program at MIT and an assistant professor in the school of Diplomacy and International Relations at Seton Hall University

Trust that other people will play by the rules is crucial to any form of social stability. This is especially true in the potentially lawless realm of international politics. If trust is absent then states will become paranoid and interested in short-term advantage.

For the last 70 years, the dynamics of distrust have been largely dampened by a world order that ensured stability through the U.S. promise that it would show restraint and guarantee security. But with the election of Donald Trump – a man who does not keep his promises, and frequently lies — the current stability of the world has received a body blow. Trust in the U.S. may well collapse, and take global order with it.

Vital to international politics is the principle that agreements must be kept. As Louis Henkin famously said, “Almost all nations observe almost all principles of international law and almost all of their obligations almost all of the time.” By contrast, Trump’s past behavior displays a pattern of making agreements, and then breaking them and avoiding doing what he said he would do. One example is Trump’s avoiding paying people for work that they did for him. In the business world, ignoring the rules and exploiting other people’s trust can be a business-savvy approach, if ethically repellent. But in international politics, stability is often dependent on whether nations play by the rules.

Contrary to popular misconception, truth is an essential part of international relations. Aspirational rhetoric, military intelligence, and bluffing in crisis-bargaining aside, for most states avoiding outright falsehoods is essential for well-functioning relations. If a person or a state comes to be known as someone who tells blatant lies, it will be impossible for them to do normal business with other states. Perhaps the most basic feature of Trump’s character is that “he doesn’t know the difference between truth and lies”. One day he says something and then the next day he denies that he ever said it. Systematic analyses have found that Trump’s statements in the 2016 election are far more likely to be lies than almost anyone else.

If Trump carries this attitude into his and America’s dealings in international politics, then he will seriously damage the credibility of the U.S. and change people’s expectations about what counts as normal and usual behavior. This will be not just be bad for U.S. national interests but actually harmful to international stability generally. This is because for the last 70 years states have come to trust in U.S. restraint and security guarantees.

The U.S. willingness to promise and guarantee restraint has enabled much of the rest of the world to live in relative peace and prosperity. At the end of WWII, the U.S. was left with a powerful, nuclear-capable military and about 50% of the world’s GDP. Had it wanted to, it could have formed a coercive imperial system and dominated the world, much like Hitler tried to and as the Soviets actually did to some extent in Eastern Europe.

Instead of choosing this path, the U.S. decided to build a collection of institutions such as the UN, IMF, GATT (later WTO), and NATO, among others. These institutions involved a bargain: by signing up, and agreeing to play by these rules, other states would get the benefits of stability. Crucially, they could also expect that the U.S. would also be ‘bound’ by these institutions, and thus its behavior made predictable. Other foreign actors could be confident it would not exploit its position.

Unlike all previous U.S. presidents since Truman, Trump rejects this institutional order. He claims that he will pull back from Europe, pull out of multilateral trade deals like NAFTA and the TPP, and renegotiate the terms of U.S. economic and security agreements on a bilateral basis. Instead of limiting U.S. military spending, Trump promises to double it. Instead of curbing U.S. power, he has suggested plundering Iraq for its oil. All this indicates that he will abandon the leadership role of the United States and transform it into a transactional actor who exploits its strength and makes deals for short-term gain, rather than engaging in the self-restraint that promotes long-term peace and prosperity.

This U.S. guarantee of security restraint has been a critical component in generating global stability. Most obviously this is true in Europe where NATO’s presence generated the security conditions necessary for allowing European states to view each other through a cooperative rather than a competitive lens. By keeping “the Russians out, the Americans in, and the Germans down,” as its first General Secretary put it, NATO midwifed the European Union into existence and reduced the likelihood of war. The same is true of the U.S’s security guarantees in places like the Korean peninsula and Japan. By promising to defend countries from external threats, the U.S. made it possible for otherwise-nervous states to disarm and focus their energies on trade and domestic politics.

However, with Trump saying he will not honor U.S. assurances to its allies and demanding that NATO be treated like a business – suggesting states need to ‘buy’ U.S. support – many states will come to realize that the U.S. can no longer be depended upon. Unsurprisingly, Trump’s election has led many countries to advocate for increased spending on arms, including nuclear weapons, and the creation of alternative military forces, like an EU army.

Playing by the rules has always been at the heart of the stable U.S.-led order. Even when occasionally violating these rules, the U.S. has advocated for them, and thus buttressed them and further constrained itself. With the arrival of Trump, these principles will be undercut – likely permanently. The current system has been predicated on the idea that other states could – for the most part – trust the U.S. This is no longer the case. And the whole world will be worse off for it. 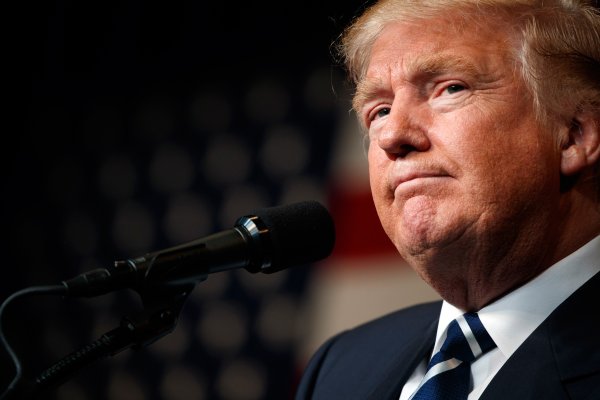 Brexit Britain and Trump's America Can Have a Special Relationship
Next Up: Editor's Pick