Why Zadie Smith Is Fascinated With Donald Trump’s Children

Zadie Smith spoke on race, multiculturalism and political frustration in a Slate interview published Wednesday. The British writer, who has published four novels and a number of shorter pieces since her massively popular debut White Teeth in 2001, often writes about race, class and her own mixed heritage.

Smith told Slate’s Isaac Chotiner that she views multiculturalism as simply the natural progression of the world, and that any attempt to deny it or forcefully repatriate is unrealistic. She also expressed empathy for oppressed and marginalized communities that now want to protect their humanity, rather than continually seek the approval of a white, culturally dominant class.

“[Black Lives Matter is] also a movement of a certain amount of aggression, a certain militancy, which we haven’t seen in the world,” Smith said. “I think it is a response to despair, and a rightful response. The civil rights movement is always moving between the Martin position and the Malcolm position and right now we’re in a Malcolm moment. I think it’s a good thing.”

The author said her new novel, Swing Time, was written explicitly for black girls – of course, she’s happy if others find their way to it and connect with it, but black girls were who she wanted to write for. She also said that since she finished writing Swing Time and began catching up on reading, and she’s been encouraged by the talent of a number of contemporary female writers.

Smith described herself as someone without a particular political intelligence – in the sense that her primary business is more about observing and parsing people’s inner lives – but that she does believe cultural political pessimism comes in waves, rather than in the form of steady decline. She also said that Donald Trump himself doesn’t necessarily interest her novelistically, but that his children do – in the “slightly unbearable” manner in which they’re all vying for the attentions of a narcissist who won’t return their devotion. As for Hillary Clinton? 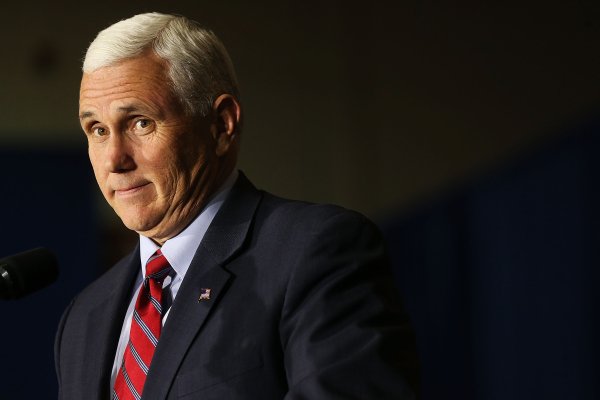 Planned Parenthood Confirms 20,000 Donations Were Made in Mike Pence's Name
Next Up: Editor's Pick