Protesters take part in a rally to show support for and to protect undocumented students at Harvard University on the school's grounds in Cambridge, Mass., on Nov. 14, 2016.
Keith Bedford/The Boston Globe—Getty Images
By Katie Reilly

Students at college campuses across the country led walkouts on Wednesday, protesting the immigration proposals of President-elect Donald Trump and calling on their universities to protect undocumented immigrants.

Through petitions and protests this week, students have asked universities to declare themselves “sanctuary campuses,” a term that mirrors the classification of “sanctuary cities,” which have pledged to do what they can to protect residents from deportation. On Wednesday, at schools from Amherst College in Massachusetts to East Los Angeles College in California, students walked out to request the same of their campuses.

“Given the outcome of the Presidential election, we call on Oberlin College to stand with other colleges and universities and investigate how to make Oberlin a sanctuary campus that will protect our community members from intimidation, unfair investigation, and deportation,” students at Ohio’s Oberlin College wrote Monday in a letter to the college president, signed by more than 2,400 students, faculty, alumni and family members.

Similar petitions, asking universities to shield undocumented students from immigration enforcement actions, have circulated at other colleges across the country.

“Undocumented migrants are a population directly at risk as a result of one of Trump’s campaign promises,” students at New York City’s New School wrote in a letter to university leaders. “This is not an abstract issue: his promise to increase deportations and end the Deferred Action for Childhood Arrivals (DACA) program puts some of our students, staff members and their family members at risk.”

Trump has said he plans to deport about 2 to 3 million undocumented immigrants. President Barack Obama this week said he will urge Trump’s administration not to deport participants in the Deferred Action for Childhood Arrivals (DACA) program, which provides a temporary deportation reprieve to people brought to the U.S. illegally as children. “These are kids who were brought here by their parents,” Obama said Monday. “They did nothing wrong. They have gone to school. They have pledged allegiance to the flag. Some of them joined the military. They’ve enrolled in school. By definition, if they are part of this program, they are solid, wonderful young people of good character. And it is my strong belief that the majority of the American people would not want to see, suddenly, those kids have to start hiding again.” 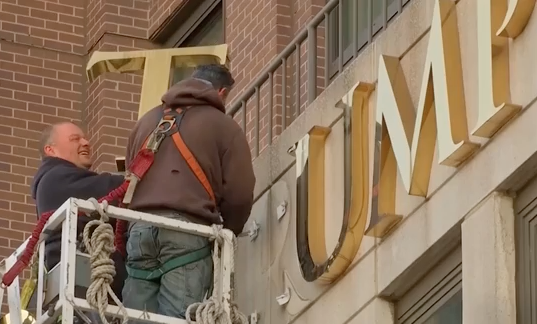