The Book People Are Saying Predicted Donald Trump's Rise, as Reviewed in 1935

A surprising novel is selling out at some retailers, Money reported on Wednesday: Sinclair Lewis’ It Can’t Happen Here. The reason for the rush is that some critics of President-elect Donald Trump say that the circumstances of the real-estate mogul’s election are eerily similar to those portrayed in the 1935 novel by Lewis—who, at the time, was the only U.S. writer to have won the Nobel Prize in Literature.

Written as two very different populists rose to power — Louisiana Senator Huey Long in the U.S. and Adolf Hitler in Nazi Germany — the semi-satirical novel imagines a Democratic U.S. Senator, Berzelius “Buzz” Windrip, appealing to nativists in order to successfully secure the party nomination over Franklin Delano Roosevelt. Windrip then wins the 1936 presidential election by railing against immigrants, the poor and the liberal media. A theatrical adaptation came out in 1936.

“Readers of It Can’t Happen Here who feel that almost anything can happen in the U.S. are likely to be convinced that it cannot happen in quite the way Author Lewis describes,” declared TIME’s 1935 review of the book, which went on to summarize the plot: 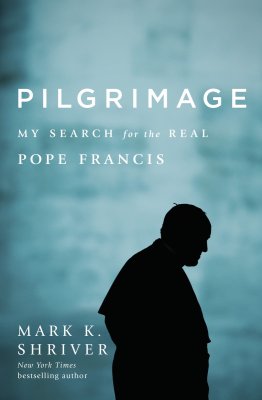 6 Childhood Experiences That Defined Pope Francis
Next Up: Editor's Pick