Donald Trump may be the U.S. president-elect, but the businessman’s denial of climate change has not stopped the Obama administration from pushing forward on its efforts to address climate change.

The White House presented a plan Wednesday to reduce greenhouse gas emissions 80% below 2005 levels by 2050, announced a finalized regulation to reduce methane gas emissions from oil and gas operations, and has continued to push for strong multi-lateral action in ongoing negotiations at an international climate change conference in Marrakech. The administration is also reportedly planning to block oil and gas drilling in the Arctic through 2022.

“I can tell you with confidence that the United States is right now, today, on our way to meeting all of the international targets that we’ve set,” said Secretary of State John Kerry in Marrakech Wednesday. “Because of the market decisions that are being made, I do not believe that that can or will be reversed.”

The U.S. climate announcements may be new this week, but their origins extend far earlier than Trump’s ascendancy. The long-term 2050 goal has been a topic among climate negotiators since the early days of the Obama presidency. And, while many policymakers and observers knew of 80% target long ago, the new government report gives a firm blueprint about how to get there.

Much of the U.S. plan relies on removing fossil fuels from the energy sector, an initiative underway thanks to the rise of relatively cheap renewables and regulations like the Clean Power Plan. But it also calls for efforts to remove carbon dioxide from the atmosphere. That could take the form of developing sophisticated technology that traps carbon dioxide and stores it underground or simply restoring forests and expanding nature. Framers of the plan hope that the different methods of reducing emissions give the country alternatives should one approach prove unsuitable.

The methane rule—issued by the Department of the Interior—requires oil and gas companies operating on federal land to reduce the amount of natural gas the enters the atmosphere through leaks and flaring, a process producers use to purposefully burn gas. The rule is the latest of a series of measures from the White House to reduce methane emissions from the industry by up to 45% by 2025 below 2012 levels.

Of course, Trump could take aim at any of the new plans or rules when he takes office in January, but announcing them formally will make reversing them much more challenging. In the case of the methane rule, the Trump administration would need to go through a formal rule-making process and form a scientific and legal basis for undoing the policy. And even then any attempt to undo regulations will almost certainly face heavy opposition from environmental groups, including well-funded litigation.

The long-term decarbonization plan will be easier for Trump to ignore as none of its provision are binding. Still, experts say that its long-term nature means that even Trump cannot doom it. “The bottom line is emission cuts today yield greater dividends than emissions cuts tomorrow,” says Mariana Panuncio-Feldman, a climate expert at the WWF attending the Marrakech climate conference. “While four years will influence the trajectory, it will not define it.”

Kerry—speaking in Marrakech—acknowledged Trump’s position on climate change but expressed optimism that the President-elect will change his mind in the face of scientific consensus and pressure from the world community. “Obviously, an election took place in my country. And I know it has left some here and elsewhere feeling uncertain about the future,” he said. But “some issues look a little bit different when you’re actually in office compared to when you’re on the campaign trail.” 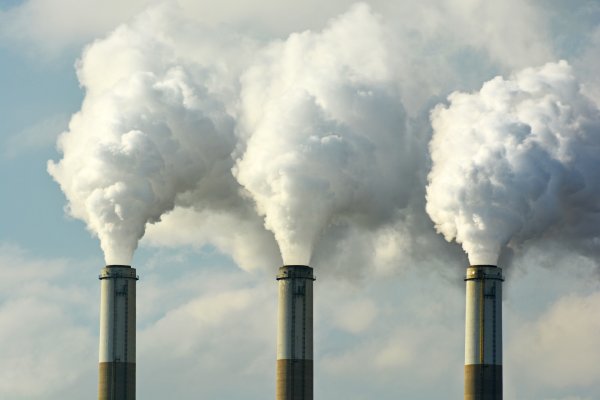 America's Cities Are the Only Hope for Climate Change Action
Next Up: Editor's Pick