A Minnesota police officer was charged Wednesday in the shooting death of Philando Castile, the 32-year-old black man who was fatally wounded in a confrontation with police earlier this summer and was shown bleeding in a Facebook Live video taken by his girlfriend.

Ramsey County Attorney John Choi announced that St. Anthony police officer Jeronimo Yanez was charged with one count of second-degree manslaughter and two felony counts for the dangerous discharge of a firearm. At a news conference Wednesday morning, Choi said the “use of deadly force by Officer Yanez was not justified,” the Minneapolis Star-Tribune.

The deadly incident occurred July 6 when Yanez pulled Castile, a school cafeteria employee, over for a broken tail light in Falcon Heights, Minn., a suburb of St. Paul. The officer also said that Castile matched the description of a robbery suspect. Castile reportedly told Yanez that he was carrying a concealed weapon. The aftermath of the shooting was live-streamed on Facebook by Castile’s girlfriend, Diamond Reynolds, who said Castile was reaching for his ID when he was shot. Castile’s death led to a series of protests in the St. Paul area and dozens of arrests following a demonstration along a nearby interstate.

On Wednesday afternoon, Valerie Castile, Philando’s mother, said the family was pleased with the charges.

“We are here in solidarity, my family and I, to support that decision,” she said at a press conference. “We all hope and pray the right thing is done.”

Glenda Hatchett, the family’s lawyer, said she believes the charges against Yanez are the first to be brought against a Minnesota police officer involving the fatal shooting of a citizen.

“We are intending for this case to send a loud message that things must change in this country, and I do believe with all my heart that this case has the potential of being a landmark decision that could have benefits for not only Minnesota but throughout the nation,” Hatchett said. She added that the family would also eventually file a civil case involving the shooting.

Few officers are criminally charged after fatal confrontations. One officer currently on trial is Michael Slager, who was charged with murder for the fatal shooting of Walter Scott, a 50-year-old unarmed black man who ran from Slager following a traffic stop.

Read more: What to Know About Philando Castile’s Police Shooting Death in Minnesota

Yanez, who is Latino, has been on paid administrative leave and faces a maximum sentence of 10 years in prison if he’s convicted of second-degree manslaughter. 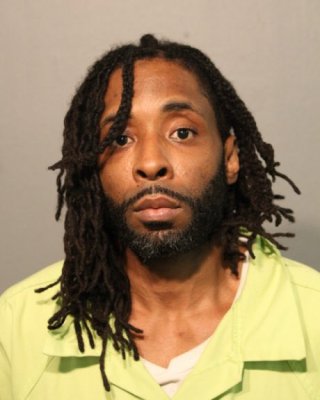