By 9 p.m. on Election Night, Maya Raiford-Cohen had started sending texts to her fellow students at Berkeley High School, organizing young people in a county that voted for the losing presidential candidate by a margin of about six to one. Texts fast turned into group chats, Snapchats and Facebook posts—and by the next morning, hundreds of students were walking out of class to collectively voice their concerns about what a Donald Trump presidency is going to mean for them.

During the past week of protests over the 2016 election results, thousands of high school students have staged walkouts in cities across the nation. While many Americans are anxious about what the election means, these 16- and 17-year-olds are also grappling with the fact that this decision was made for them by their elders—just like young people in Britain had to stand by as their country voted to leave the European Union months before. “We couldn’t cast a vote but we spoke with our feet,” Berkeley senior Kaili Meier says of the walkout at her school, which has long been a hotbed of progressive activism.

For some of her peers, it is particularly frustrating that many other Americans could cast ballots but did not: about 42% of eligible voters stayed home this year, similar to the amount in 2012. “This country has the tendency to remain a bystander,” says Berkeley senior Camila Rice-Aguilar, also 17, “and that was really infuriating to me because I don’t get to vote. None of us got to vote. And we have more thoughts and collective passion than many people in this country who decided they weren’t going to do anything.”

For both Meier and Rice-Aguilar, who have immigrants in their families, much of that passion has been focused on xenophobic sentiments voiced by the winning side. But the results are rankling America’s most diverse generation in diverse ways, even in the liberal bastion that is Berkeley. “This no longer is conservative versus liberal,” says Raiford-Cohen, a 17-year-old who has one white and one black parent. “This is people who are hurting versus those who are not affected.”

Many of the students who walked out feel isolated and fearful, recounting harassing statements that were yelled at them from cars or uttered to their faces on the street since Trump’s election. After they left the building, the Berkeley students gathered on the school steps and handed an open mike from one person to the next—some people of color, some white women, some openly LGBTQ students, some undocumented immigrants who revealed that status to the entire crowd. Many cried in the arms of people they hardly knew at the big school. Many chanted “Not our president!”

The students say the rally was meant to be about healing and that unlike walkouts staged at the school the past two years, which were more focused on black lives, this one connected students from nearly every ethnic group. There were also isolated stirs in which white male Trump supporters protested their protest—and in turn were harassed. “This can be a time of both unity and protest, resistance and discussion,” says Raiford-Cohen. “If we keep bullying the Trump supporters, we’re not going to move anywhere.” She says that she tried to keep the slogans on signs positive —“Love Trumps Hate” and such—but there were signs telling the president-elect to f— off too.

A week after the walkout, the organizers remained raw, as they sat in a conference room at Berkeley High to talk about what the election says to them about their country—and whether this is a moment for historic levels of empathy or fighting words.

“I had to explain to my mom what was going on,” one Berkeley student tells TIME, explaining that she and her parents are undocumented immigrants from Mexico. She asked to remain anonymous for fear of jeopardizing her family’s status in the country. “My parents didn’t risk everything they had to come here and have a leader that is like that,” she says, alluding to Trump’s promises to build a wall that will keep people like her family out and deport immigrants who are already here.

Yet the young woman who grew up in California is trying to keep an open mind about the motivations of 60 million Americans who voted Republican in 2016—including about 16% of the people in her own county. “I’m really trying to understand that there are people who are in poverty and they don’t have the opportunity to live in areas where there is diversity or have never met anyone who is undocumented,” she says. “As part of healing, at least for myself, I’m trying to understand.”

Two seats down from her is Emara Shabir, a Muslim American student who was born here and wears a hijab. Shabir says the election feels like a referendum on whether she is welcome in her own country. During a recent trip to a yogurt shop in Berkeley, she held the door for an older man, and as he walked by he told her she should be sorry for what “her people” did on 9/11. When she asked what he said, sure she had misheard, she says he asked if she had “s—” in her ears.

“I’m so scared someone is going to come behind me and rip my hijab off, or beat me up,” Shabir says. “I’m scared for my life … Because I’m a Muslim, people view me as less of an American than them. They think I don’t grieve like them, like I don’t feel the pain like they feel. This is my country too.”

Two seats down from her is Raiford-Cohen, who says that there is a sense of disillusionment among the young people who came of age with the first black president in the Oval Office. “The idea that there’s been progress” feels like a lie, she says, as does the notion that America has been on an inexorable path to a place with less racism and less sexism. “For me, as a black girl, that was powerful,” she says of Obama’s election. “And I guess I really let it fool me.”

At the end of the table is Anjali Emsellem, a 17-year-old senior who was celebrating her birthday on election day. “This election has felt super personal,” she says, recalling what now seems like a distant expectation that she’d see the first woman elected as president that day. “It just feels like I got in a fight with my best friend.” To her, the election process did indeed feel unfair, but not in the ways that Trump often claimed that it was. “That we couldn’t have a voice in this is just so frustrating,” she says. “I feel like the election was rigged. It was rigged by every single –ism in this country. It was rigged by our history. It was rigged by the party system.” To let off steam, Emsellem recently walked up to Inspiration Point, a lookout in the Berkeley Hills, with several other young women. For several minutes, they just screamed.

Tearful, Rice-Aguilar says she felt like she had failed her mother, an immigrant from Nicaragua who became a citizen last year. “I spent so much time trying to convince her that her vote means something,” the senior says. Mother and daughter went to the polling place together, even though only one of them could have a say. “I have to look her in the eyes and apologize to her, because the first year that she votes, a complete and utter disgrace is elected, someone who doesn’t acknowledge her as a human being,” she says.

Yet despite those harsh words about the president-elect, she and others agreed that nothing will get better unless a divided America gets better at listening to itself—and hope that if people take the time to really talk across their divisions, discord will lessen. Getting ready to embark on their own for the first time, they are grappling with the same question many older Americans are: are we one nation, or are we two?

“So much of our hate is borne out of our misunderstanding and our inability to really listen to each other,” she says. “It’s hard for me to imagine staring into the face of a Trump supporter and telling them how I feel and them not feeling anything. And maybe that’s naïve and optimistic, but it’s all we have.”

Lillian Weiner-Mock, a student who identifies as bisexual and helps head the school’s Gay-Straight Alliance, believes that debate can be healthy if people let it. The notion that “disagreeing with each other causes too much division, that’s a low-key fascist statement,” she says. “It’s okay to support Donald Trump, it’s okay to express your opinion. Just don’t make a joke out of other people’s pain.”

For all that these results are not the ones that these young liberals wanted, they have clearly been galvanized by the loss. “If Hillary had won, we’d all be celebrating and continuing our lives,” says Emsellem. “I feel like we’re awake now. We see what’s on the table. And I don’t know if we would have acknowledged that. I probably wouldn’t have. There’s a beauty in our vulnerability right now.”

Her peers spoke of how excited they were to go fight for their ideals on college campuses next year, taking the social-justice spirit of Berkeley all around the country. And they wondered how things might change when their more diverse, more inclusive generation is not only of voting age but running the place. “That night, seeing my mom cry for the first time in I don’t know how long, that just hit me hard,” says Oscar Paz, a Latino American student. “But being the new face of the country in a couple years, that just gives me hope.”

As Emsellem says, “This is in our hands now.” 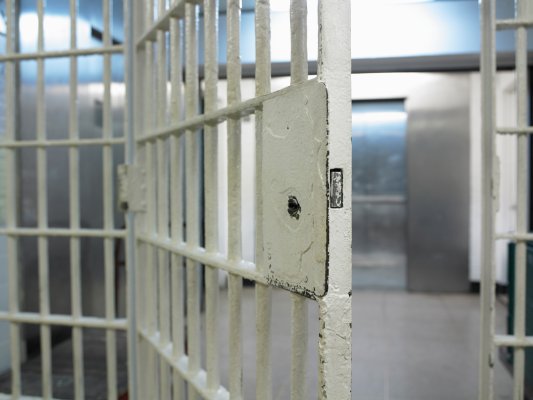