Kendall Jenner Finally Explains Why She Deleted Her Instagram

Kendall Jenner suddenly deleted her Instagram account on Sunday without warning, leaving her millions of followers’ feeds without those beloved lingerie selfies and countless pics of her editorial campaigns. And the world has been dying to know, why? Usually stars remove accounts after heated disputes or hurtful comments, but nothing seemed to prompt Jenner’s dramatic leave. Well, the model stopped byThe Ellen DeGeneres Show and finally explained everything.

“I just wanted to detox,” Jenner told DeGeneres. “I just wanted a little bit of a break. I would wake up in the morning and look at it first thing, I would go to bed and it would be the last thing I looked at. I felt a little too dependent on it so I wanted to take a minute.”

And without being tuned in to the social media world, she had no idea that her bold move made headlines everywhere. “It’s so crazy to me that it even became huge news like that,” she says. “I guess I didn’t expect it. But I also took my Twitter off my phone. I didn’t delete my Twitter [account] entirely but I took the app off my phone. So I had no idea anyone was even talking about it. I didn’t even think anyone would care.”

Now that she is aware of the impact she’s made, she promises to get back to the Insta world soon. “I’ll be back. I’ll come back.”

But for now she’s thoroughly enjoying the time away from her phone: “You start to engage in real life and how you have to deal with real people right in front of you. So it’s really nice to be away from it, even if it’s just Instagram.” (She’s been trying to tell Kylie that forever; let’s see if it catches on.) 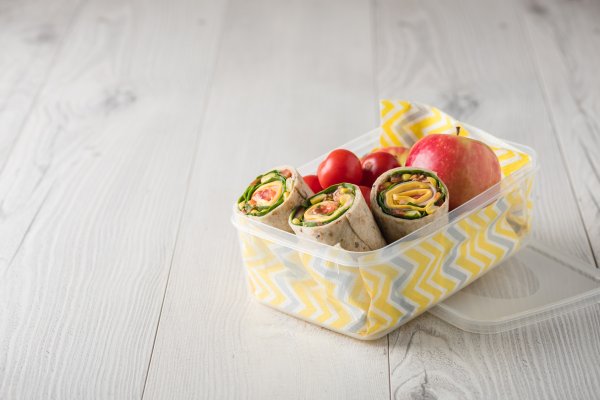 This Mom Is Sending Her Daughter to School With Empowering Lunches
Next Up: Editor's Pick