A view of the XB-1 Supersonic Demonstrator at the official unveiling at the Boom Technologies hanger on November 15, 2016 in Englewood, Colorado.
Tom Cooper—Getty Images for Boom Technology
By Kevin Lui

The world is flying at a lower speed than it was just over a decade ago. Ever since British Airways retired its fleet of Concorde aircraft in October 2003, commercial airliners have not traveled faster than the speed of sound.

Boom Technology, based in Colorado, unveiled a scaled-down flying prototype of their supersonic passenger jet Tuesday, reports the Wall Street Journal. The XB-1 demonstrator, dubbed “Baby Boom,” resembles a two-seater fighter jet, according to renderings released by Boom to media outlets. The company’s website says that the XB-1, “the world’s first independently developed supersonic jet and the fastest civil aircraft ever made,” is expected to make its first flight in late 2017.

The company also released more details about the full-size passenger plane in development, which it hopes can be ready for the first flight in the 2020s. Mashable reports that the plane would seat around 45 to 55 passengers, each with their own oval-shaped personal windows, aisle access and overhead luggage bins.

As part of its deal with Virgin, Boom’s aircraft will be built with help from the spaceship-making arm of Virgin Galactic, the Spaceship Company. Branson has snapped up options for the first 10 Boom planes, as Fortune reported in March. Leading avionics maker Honeywell and engine manufacturer General Electric are among the suppliers providing parts for the passenger jet, reports the Journal.

Boom hopes that its plane, at 2.6 times faster than existing flights, can be more economically viable than the Concorde was, by attracting passengers willing to pay a premium for faster speed, just like they do nowadays for premium-cabin seats or nonstop flights. Seat-per-mile operating costs would likely be “comparable to subsonic business class,” according to the company’s website. Mashable suggests that a seat on a 3.5-hour flight between London and New York on a Boom plane would cost around $5,000.

Boom isn’t the only player in the race to bring air passengers pass the sonic barrier once more. A joint project between NASA and Lockheed Martin, also aiming at an early 2020s first flight, is focused on reducing noise created by supersonic flights, something that had plagued Concorde throughout its history. 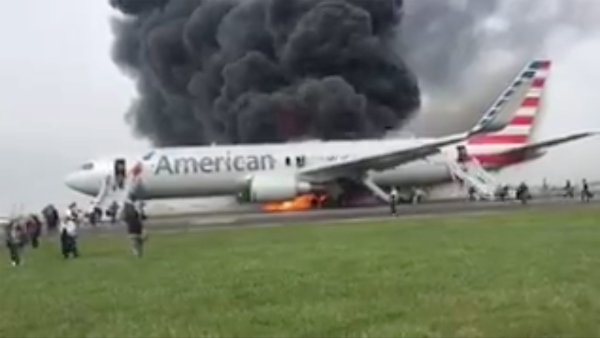