A Jewish woman in Ottawa woke up early Tuesday morning to find her glass front door had been defaced with a spray-painted swastika and a Jewish slur.

Anna Maranta, who runs a Jewish prayer center and takes care of children in her home during the day, filed a report with the Ottawa police, the CBC reports.

Maranta sees Donald Trump’s election as a potential factor in the crime. “My first thought is that this is an example of what happens when you allow somebody who is in a position of power to speak openly racist, bigoted, misogynistic language,” she said. “It allows other people to express their feelings, to express their hatred, and to feel like they’ve been given permission to do so because no one has effectively silenced that.” 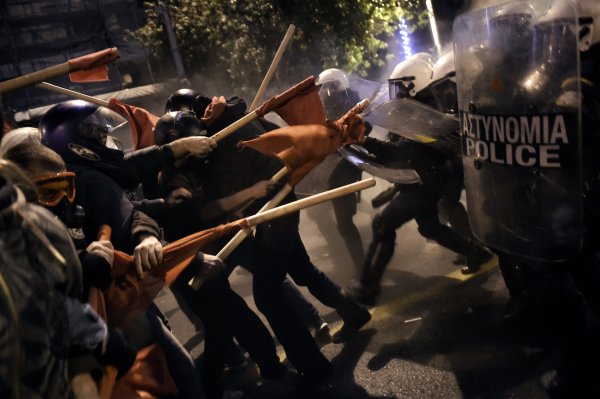 Police and Protesters Clash as President Obama Visits Greece
Next Up: Editor's Pick