British manners are impeccable. Here’s proof: a Virginia man who shares a name with a popular British department store—and who went viral after fielding messages sent to his personal Twitter account by mistake—received a personalized holiday gift from the retail chain. It came complete with a custom-embroidered cushion that pokes fun at his tongue-in-cheek Twitter bio. His Twitter bio reads: “Computer science educator, father of four, social liberal, atheist, and not a retail store,” hence the personalized message on the cushion. (The pillow, he noted later, is “such high quality.”)

The full gift package included stuffed animals of the characters in this year’s runaway success Christmas ad from the store, plus other cheer-inducing treats to keep spirits high:

The store’s sweet holiday ad has been a hit this year, and Lewis has been dealing patiently with a giant influx of tweets and comments. His responses are unfailingly witty and appropriate, making him something of an internet hero. Looks like his saintlike patience with the mistaken mentions is finally paying off this season, even if his personal productivity has really taken a hit. 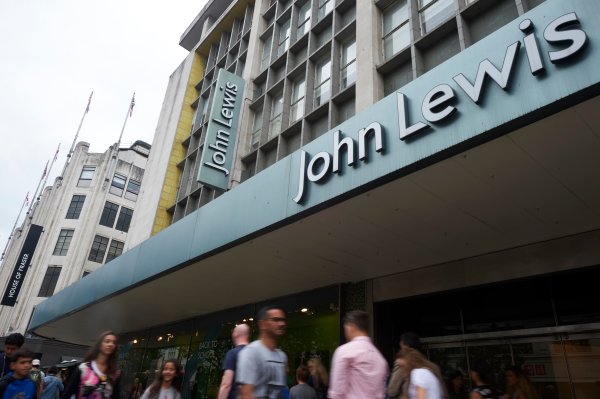 This Man Keeps Responding to People's Accidental Tweets
Next Up: Editor's Pick