French President Francois Hollande is urging President-elect Donald Trump and his government to respect the “irreversible” Paris Agreement on climate change that has been signed by more than 190 countries.

Speaking at a U.N. climate conference in Marrakech, Morocco, Hollande praised U.S. President Obama for his role in getting the landmark pact adopted in Paris in 2015 and said France would lead discussions with Trump to ensure the deal remains in place.

“The United States, the most powerful economy in the world, the second-largest emitter of greenhouse gases, must respect the commitments that were made,” Hollande said, the Associated Press reports. “It’s not simply their duty, it’s in their interest.”

During Trump’s presidential campaign, he said he would “scrap” much existing environmental regulation and bring back the ailing coal industry. He pledged to “cancel” the Paris deal, saying it put the U.S. at a competitive disadvantage economically, especially to large developing nations like China that were less constrained on carbon emissions.

U.N. Secretary-General Ban Ki-moon weighed in on the mounting international opposition to Trump’s stance on climate change, saying he hoped Trump would shift his position and understand the problem’s “seriousness and urgency.” “As president of the United States, I’m sure that he will understand this, he will listen and he will evaluate his campaign remarks,” he told reporters.

A number of other world leaders have also expressed hope that Trump will reconsider his pledge to withdraw from the Paris Agreement, including, significantly, China. The country’s foreign ministry spokesman, Geng Shuang, said China would like to continue working with all countries, including the U.S., in the global fight against climate change. 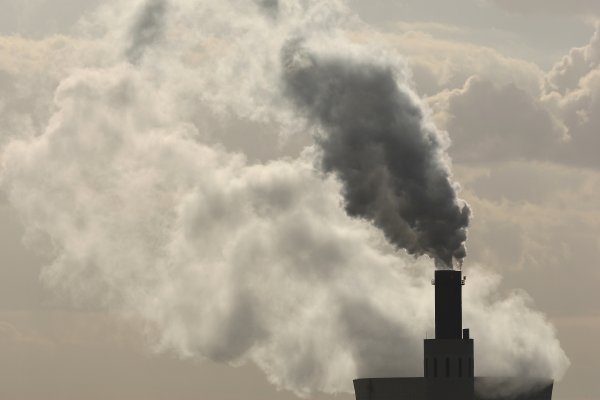 Carbon Emissions Close to Flat for Third Straight Year
Next Up: Editor's Pick