Watch Dogs 2 debuts today, November 15, for PlayStation 4 and Xbox One (the PC version was delayed to November 29.) But it’s arriving with roughly one-third of its value proposition truncated. The so-called “seamless multiplayer” feature, whereby players can hack into each others’ virtual renditions of San Francisco, has been disabled by developer Ubisoft because of an issue “that caused the game to lag and crash periodically.”

That’s a pretty big oops, and reason to wait if you’re eyeing a purchase. That’s speaking as someone still working through the solo campaign, but who was able to fiddle with the multiplayer modes over the weekend. I ran into the issue firsthand, and it’s a doozy, wrestling the frame rate down into lamentable single digits. Since I’ve been playing on a PS4 Pro, I supposed it had something to do with the Pro version, or perhaps the console itself. I didn’t realize until later in the weekend, after consulting with Ubisoft, that it was multiplayer-related.

To be clear, the game’s multiplayer rules and particulars themselves seemed to be working just fine. Invasion notices arrived periodically, and the brief hide-and-seek skirmishes that ensued unfolded flawlessly. Except for the performance weirdness, whereby the game would slow to a crawl, then remain there long after a multiplayer sessions had ended. The only way to fix it was to reset the game.

Thank goodness Ubisoft saw fit to firewall this aspect of the game, since it would otherwise be completely unplayable. As it stands, you can play through the story mode untroubled, as well as opt into select cooperative play modes, manually inviting friends to team up through menus. Ubisoft isn’t saying how long it’ll take to fix the problem, but given how much more I enjoyed the dynamic multiplayer clashes than what I’ve played of the solo campaign so far, I’ll say again that were it me considering a buy, I’d wait, and keep an eye out here for updates. 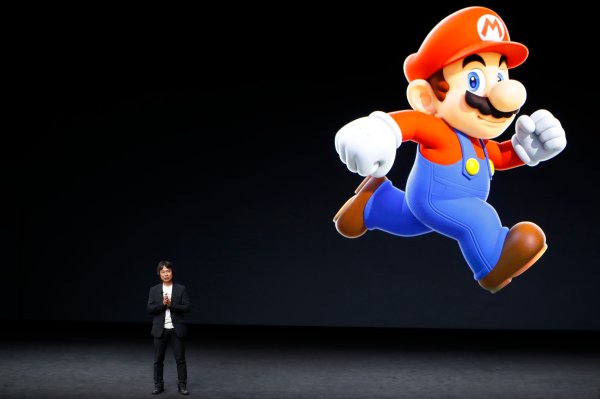 Here's When Nintendo's Super Mario iPhone Game Comes Out
Next Up: Editor's Pick