Bernie Sanders Urges Democrats to Unite: 'You’re Not Going to Split Us Up’

Senator Bernie Sanders stopped by The Late Show on Monday to discuss what led to Hillary Clinton’s loss in the 2016 presidential election, and to share his vision for the future.

Sitting across from Stephen Colbert, the 75-year-old Vermont senator discussed similarities between his campaign and Donald Trump’s, his vision for an overhaul of the Democratic party, and above all, how people can still influence the President-elect.

“So our job, right now, and this is terribly important at this moment …what you do now is get heavily involved in the political process,” Sanders said. “When millions of people stand up and fight back we will not be denied.”

He closed by arguing for solidarity. “You’re not going to split us up by attacking our Muslim friends or our gay friends or women or anybody else. We’re going to stand together and fight for a government and an economy that works for all of us,” he said echoing talking points from his campaign.

Watch the two clips of the interview below. 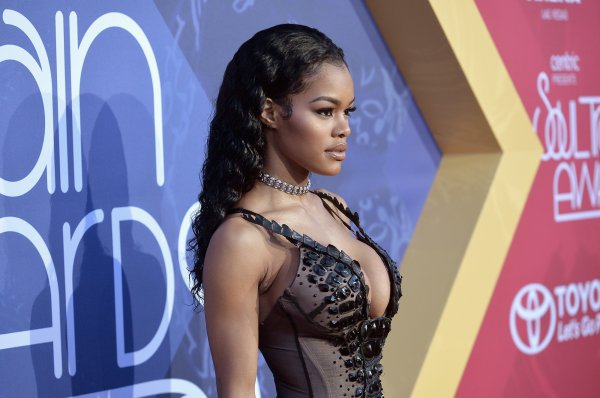 Teyana Taylor Joins Mariah Carey and Patti LaBelle for the Diva Holiday Special of Your Dreams
Next Up: Editor's Pick