When he heard about his new title, the 6.5ft and 245lbs star told People that he thought it was “awesome” to be named the Sexiest Man Alive. “I thought, ‘Wow, we’ve pretty much reached the pinnacle.’ I’m not quite too sure where we go from here. I’ve done it all, this is it,” he said.

‘The Rock’ was revealed to be the world’s highest-paid actor earlier this year; he earned $64.5 million in the year ending June 1, doubling what he earned the previous year. He is a father-of-two and is in a longterm relationship with girlfriend Lauren Hashian. 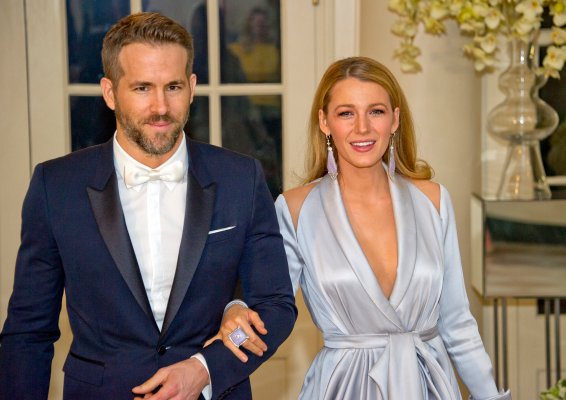 Ryan Reynolds on the Moment He Knew Blake Lively Was the One
Next Up: Editor's Pick