The Alt-Right Has Made It to Canada

Starting with the address, “Hey, white person,” the posters invited those “tired of political correctness” or “tired of being told you’re ‘racist’ for celebrating your heritage” to join the “alt-right,” with a list of websites that will provide news from a “pro-European” viewpoint.

The CBC reports that police and city workers removed the posters on Monday, an arduous task because some were superglued onto utility poles. At least half a dozen posters were stuck to poles around Stan Wadlow Park in east Toronto.

Penny Harker, a Toronto resident told the CBC that the appearance of the racist posters is due to the election of Donald Trump in the U.S.

“It is racist. All cultures should be respected. That’s just the way it is,” she said. “I think they’re up because … of the Trump thing. I think he’s filled everybody’s heads with this on immigration.” 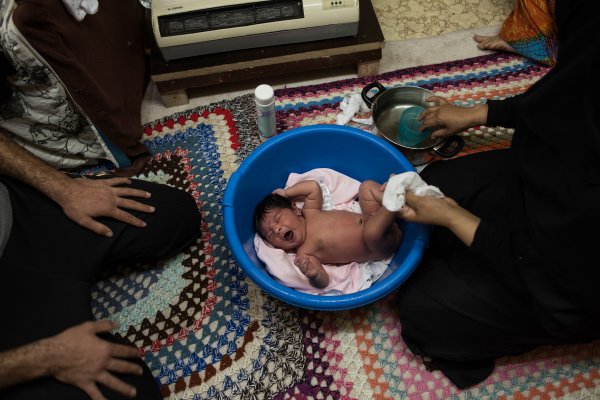 Winter Is Coming for Refugees in Greece
Next Up: Editor's Pick