President-elect Donald Trump promised repeatedly throughout his campaign that he would revive the coal industry, billing himself as the “last shot for the miners.” And in traditional mining areas—think parts of West Virginia, Kentucky and Pennsylvania—Trump defeated rival Hillary Clinton by large margins. But policymakers on both sides of the aisle say they cannot envision any way for Trump to save the coal industry, whose decline they attribute as much to market forces as Obama-era regulation.

Just a decade ago coal provided half of the energy used for power generation in the U.S., but fracking has driven a boom in the country’s supply of natural gas and made it a cheaper alternative in most cases. And, with cost in mind, utility companies have made the switch even in places without regulation pushing them to do so. Last year, natural gas and coal-fired power plants each provided about a third of the country’s power supply, according to an Energy Information Administration (EIA) report. Total coal production in U.S. mines declined to about 900 millions last year, only three-quarters of production in 2008, according to EIA data.

Coal also struggles to compete with renewable energy sources like wind and solar in locations where those resources are abundant. The cost of solar panels in particular has declined precipitously thanks to technology advances in recent years. Even conservative states like Texas and Oklahoma have become fast adopters of widely available wind energy.

“Trump is not going to bring all the coal jobs back,” says Jason Bordoff, founding director of the Center on Global Energy Policy at Columbia University. “There isn’t a lot of investment activity because in some cases it looks more economically attractive for firms to invest in cleaner technologies.”

Beyond the competition jobs in the coal industry have also disappeared in recent decades as a result of mechanization that began in the 1980s. Approximately 50,000 coal-related jobs have been lost between 2008 and 2012, according to a study from last year. Even if coal production increased, those jobs would not return.

Trump has offered few clues to how he might meet his promise revive coal, but his plan seems to rest largely on gutting environmental regulations, particularly President Obama’s Clean Power Plan. That regulation—issued through the Environmental Protection Agency (EPA)—requires states to come up with plans to reduce their carbon dioxide emissions from the power sector. Scrapping the plan will definitely slow the decline of coal but it will not be enough to stop it entirely and it certainly cannot bring back the jobs that have already disappeared, experts say.

Senate Majority Leader Mitch McConnell said the GOP-led Congress would draft new laws to end what he described as the “war on coal,” but acknowledged that Trump’s promises may be difficult to meet. “We are going to be presenting to the new president a variety of options that could end this assault,” he said, according to comments reported by the Lexington Morning Herald. “Whether that immediately brings business back is hard to tell because it’s a private sector activity.”

Many supporters of environmental regulations say that the federal government should spend to help coal-producing areas transition to jobs in clean technology, but Republicans have thus far remained skeptical of such proposals.

“If we’re concerned about coal country, and I am, we have to do a lot more than just yell,” Van Jones, an environmental activist who served as President Obama’s first-term green jobs czar, said during the campaign. “At some point we have to accept the fact that the clean energy companies are growing faster than everything else.” 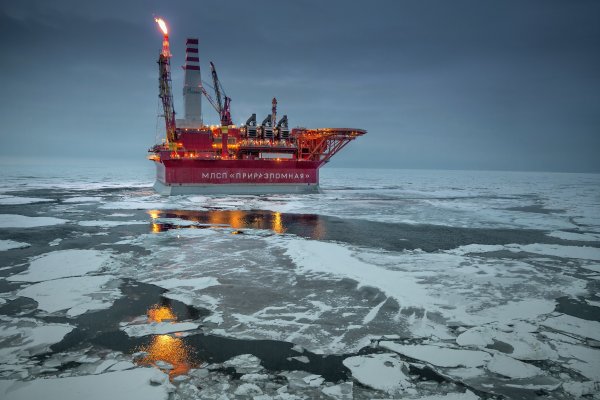 Oil Drilling in the Arctic Could Protect America and the Environment
Next Up: Editor's Pick