A police officer in Traverse City, Mich. has been suspended for flying a Confederate flag at a demonstration against president-elect Donald Trump.

Officer Michael Peters was seen in photographs from a “love trumps hate” rally in Michigan on Friday drinking a beer as Confederate flags waved in the wind from the back of a pickup truck he’d driven to the rally.

The Traverse City Record Eagle reports the city’s police chief received about 100 emails calling for the officer’s termination after the incident at the rally. As of Sunday, Peters had been suspended from the department and officials were conducting an investigation into whether his actions violated the department’s code of conduct. “He is not working as a police officer,” Traverse City Police Chief Jeff O’Brien told the Record Eagle. “I do not condone his actions.”

The Traverse City officer was confronted by Marshall Collins, an African American man who had attended the rally last week. According to Michigan Live, Collins was not aware that Peters was an officer when he approached him. During their conversation he reportedly said, “‘You don’t know the history of it …That flag didn’t do anything to you,'” according to Collins. The Confederate Flag is considered by some as a hate symbol and is used by white nationalists to intimidate minorities. Others consider it an emblem of Southern pride.

The incident came amid a spate of both protests and racist incidents across the U.S. in response to the election of Donald Trump. Many have accused the Trump campaign of emboldening white nationalists, a charge that has only increased in the wake of Trump’s selection of Breitbart News executive Steve Bannon as his chief strategist and senior advisor. 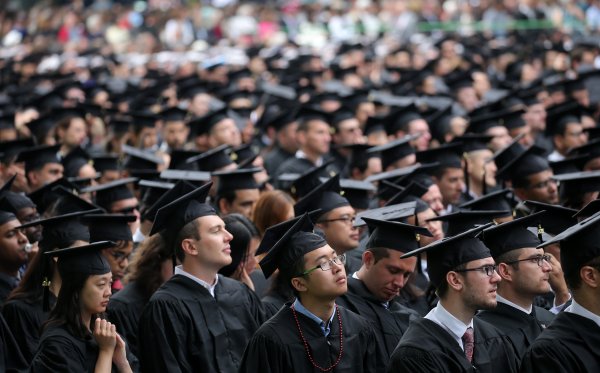