President-elect Donald Trump has tapped Stephen K. Bannon, the controversial executive chairman of Breitbart News, to serve as his chief strategist and senior adviser in the White House but the appointment has already sparked a fierce reaction from antidiscrimination groups.

Bannon and his website have been linked to the alt-right, an extreme sect of conservatism that largely comprises white nationalists, and to many his inclusion is a nod to the extreme stances many Trump supporters touted throughout the campaign.

The former Hollywood producer and managing director at Goldman Sachs was initially believed to be Trump’s pick for Chief of Staff, but that position instead went to chairman of the Republican National Committee Reince Priebus. In response to the Bannon staffing announcement from Trump, several issued statements denouncing his choice.

The Anti-Defamation League, a Jewish advocacy group, said it strongly opposes Bannon. “It’s a sad day when a man who presided over the premier website of the ‘alt-right’ — a loose-knit group of white nationalists and unabashed anti-Semites and racists — is slated to be a senior staff member in the ‘people’s house,” a statement from ADL reads. In a tweet, the Southern Poverty Law Center, which monitors hate-crime activity in the U.S, said Bannon was the “main driver behind Breitbart becoming a white ethno-nationalist propaganda mill”

Political consultant and strategist for Ohio Governor John Kasich’s run for the White House issued a rebuke of Bannon on Twitter urging Americans to be “very vigilant.”

Democratic Congress members also weighed in. A spokesperson for Democratic Senator Harry Reid denounced the selection of Bannon in statement that reads, “It is easy to see why the KKK views Trump as their champion when Trump appoints one of the foremost peddlers of white supremacist themes and rhetoric as his top aide,” said Reid’s spokesperson Adam Jentleson, according to Politico. On Twitter, California Democrat Adam Schiff called the selection of Bannon unsurprising, but “alarming.”

Bannon has previously denied making anti-Semitic remarks, though he not yet commented publicly on the backlash to his White House appointment. 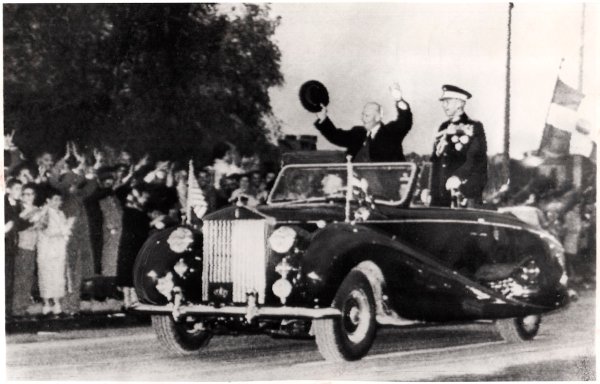 Here's What Happened the First Time a U.S. President Went to Greece
Next Up: Editor's Pick