The Hong Kong High Court ruled on Tuesday that two pro-independence activists will not be allowed to serve as legislators despite their elections in early September, because they rejected Beijing’s sovereignty when they took their oaths of office.

The court’s verdict was preempted a week ago by Beijing, which ruled against 25-year-old Yau Wai-ching and 30-year-old Sixtus “Baggio” Leung in a manner that many here decried as a violation of the semiautonomous territory’s judicial autonomy.

The lawmakers were among a handful of young activists elected to Hong Kong’s Legislative Council in recent elections.

On Oct. 12, when they were scheduled to give their oaths of office, instead of reciting the ordained pledge Yau and Leung declared their allegiance to the “Hong Kong Nation” and referred to mainland China as Shina, a Japanese term that was used as an epithet during Japan’s invasion of the mainland during World War II and has since been considered highly offensive by Chinese people.

The pair also unfurled banners that read “Hong Kong Is Not China” during their aborted inauguration.

Judge Thomas Au ruled Tuesday that neither Leung nor Yau had “presented any positive case by way of submissions or evidence” that they had meant to comply with the legislature’s regulations governing oaths of office. He also pointed out that the purpose of Hong Kong’s constitution, known as the Basic Law, was to establish the territory as an “inalienable part of the People’s Republic of China.”

Yau said earlier that she was willing to take the oath properly on a second try if it meant she could take her seat.

However, rights lawyer Jonathan Man, who has been advising Leung, told reporters, “The judge accepts the government argument, [which] said their first oath already equals declining to take oath.”

Their actions of Yau and Leung have caused local uproar and provoked the fury of the Chinese state. A well-organized loyalist rally Sunday drew tens of thousands of people, and came just days after Chinese President Xi Jinping vowed to crush separatism.

“All activities that intend to divide the country will certainly be firmly opposed by all Chinese people,” Xi said in reported remarks given at Beijing’s Great Hall of the People. “We will never allow any one, any organization, any party to split off any tract of territory from China anytime, or in any way.”

The pair announced their intention to appeal the court’s ruling, “even if we have to go all the way to the Court of Final Appeal,” as Leung told reporters Tuesday night local time. Yau added that they had already written to the British government over “China’s brutal intervention in Hong Kong’s judicial independence and autonomy”

“Of course we are not satisfied with the result,” Leung said. “This reflects two things: one, elections are meaningless, when the results can be easily overturned; two: what we thought were steady, well-established civilization, systems and the rule of law can turn out to be this fragile.”

Yau insisted earlier in the day that she and Leung had both been democratically elected to the Legislative Council. “If the court strips our seats in such a manner, I think everyone knows in their hearts what kind of a society this is,” she told reporters at the High Court’s doorstep after the judgment.

Shortly after the judgment was handed down, in a Facebook post, Leung called on his supporters “to face this with calm.” Quoting former British Prime Minister Winston Churchill, Leung said, “It is perhaps the end of the beginning,” adding that “our only option is to fight for our civilization and system till the very end.” 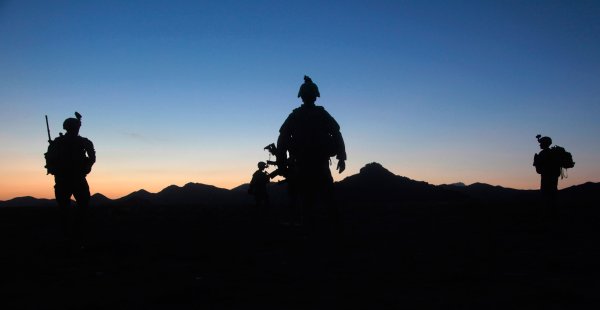 ICC: U.S. May Have Tortured Detainees in Afghanistan
Next Up: Editor's Pick