Scarlett Johansson, Takeshi Kitano, and Rupert Sanders appear on stage during the global trailer launch for Paramount Pictures' 'Ghost in the Shell' at the Tabloid on Nov. 13, 2016 in Tokyo, Japan.
Tomohiro Ohsumi/Getty Images
By Katie Reilly

The first full trailer for Ghost in the Shell was released Sunday, offering a glimpse at the film adaptation of the popular manga and anime series by Masamune Shirow.

Scarlett Johansson stars in the movie as Major Motoko Kusanagi, a soldier who has a human mind but an android body, according to the Verge. The movie is set to open on March 31, 2017

The movie sparked criticism that directors had “whitewashed” the series by casting a white woman to play an Asian character, the star of a film based on Japanese anime. 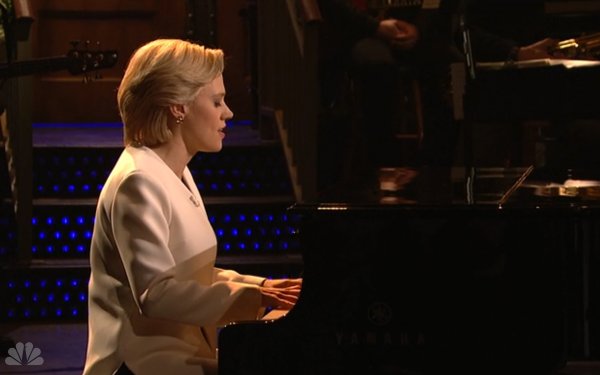 Review: Saturday Night Live Is in Mourning, But Won't Say Why
Next Up: Editor's Pick