A memorial for Carlos Garcia, photographed outside his ex-wife Yaileen Ayala's home in Tampa on Sept. 15, 2016. Garcia was shot following an argument with a neighbor, who then called the 'Stand Your Ground' hotline.
Zack Wittman—The Tampa Bay Times/AP
By Josh Sanburn

Florida’s “Stand Your Ground” law, which gives widespread legal immunity to people who use lethal force in self-defense, may be responsible for an increase in homicides in the state, according to a new study released Monday.

Since the controversial law was implemented in 2005, Florida’s overall monthly homicide rate has increased 24.4% and the homicide by firearm rate is up 31.6%, according to the study, which was published in the Journal of the American Medical Association.

Florida’s self-defense law, which was the first of almost two dozen to pass in states around the country over the last decade, became the subject of scrutiny following the shooting death of 17-year-old Trayvon Martin by George Zimmerman in 2012. Zimmerman was acquitted of Martin’s murder after claiming self-defense following a confrontation with the unarmed teenager. The JAMA study, the first to look specifically at the effects of Florida’s law, analyzed injury and homicide rates collected by the Centers for Disease Control and compared those rates to four other states—New York, New Jersey, Ohio, and Virginia—that did not implement similar laws.

Read more: How Stand Your Ground Laws Spread From Florida to Half the U.S.

David Humphreys, a professor of social policy at the University of Oxford and a co-author of the paper, says he looked for other reasons to explain the increase in homicides in Florida, including changes in the way murders are reported. He also looked for proof of potential economic pressures from the Great Recession that could explain the uptick by analyzing the rate of suicides in the state but found no significant upswings.

“This doesn’t rule out the possibility that there might have been something else that happened the we don’t know about,” Humphreys says. “But the magnitude of the effect led us to believe that the only thing that could plausibly lead to that effect is ‘Stand Your Ground.’”

The research backs up a similar study from 2013 finding an 8% average increase in homicides in states that have passed Stand Your Ground laws. Mark Hoekstra, a professor of economics at Texas A&M University who authored the 2013 study, says the sharp increase in Florida homicides tracks alongside his own numbers. Determining why self-defense laws could translate into an increase in murders isn’t entirely clear, but Hoekstra says people may be engaging in potentially violent situations that they would’ve previously avoided.

“These laws are reducing the expected penalties associated with using lethal force in self-defense,” Hoekstra says. “In the aggregate, the data suggests more people are getting killed as a result of these laws.”

If Florida is considered the birthplace of the so-called Stand Your Ground law, the measure’s father is Dennis Baxley. As a state representative in 2005, Baxley heard of an incident involving a man living in a FEMA trailer who shot and killed an intruder but had to wait several months before knowing whether he would be criminally charged. In the end he wasn’t, but Baxley said the delay persuaded him to push for a clarifying statute on self-defense in the state.

In many jurisdictions, criminal law requires people to retreat before resorting to force. But individuals have often been granted the right to use force when someone enters their home under what’s called the “castle doctrine.” In 2005, Baxley co-authored the state’s Stand Your Ground law to expand those self-defense protections for people both inside and outside the home, which he argues could be a crime deterrent. The law was supported by groups including the National Rifle Association and the Florida Sheriffs Association, and there are now 23 states that have similar self-defense statutes.

“If you’re protecting others from harm, we should stand beside you,” says Baxley, who was elected to the Florida Senate last week. “You shouldn’t be concerned about being in trouble for doing the right thing.”

Baxley says he questions studies showing an increase in homicides related to the law and that numbers he has seen from the Florida Department of Law Enforcement shows a “continuous decrease” in homicides.

According to Florida Department of Law Enforcement statistics, the murder rate per 100,000 residents in 2005 was 4.9. In 2006, the year after the Stand Your Ground law was implemented, it rose to 6.2. Last year, the murder rate was 5.2 but has remained above the 2005 rate every year.

Baxley also questions the objectivity of the study’s authors, contending that the American Medical Association pursues an anti-gun agenda. “They start with an assumption in mind that is quite different from mine,” Baxley says. “I would have serious questions about their motivation in the study. I continue to be mystified by this pursuit of the idea that people should not protect themselves from harm.”

Humphreys says that he doesn’t typically do research on gun control, doesn’t have a “political axe to grind” and that “we were generally interested in evidence in either the homicide rate going up or homicide rates going down or nothing happening at all, which is often the case when you have a change in laws or policies.”

On Baxley questioning the study’s objectivity, Humphreys says: “I think that’s an easy criticism to make or an easy way to undermine findings that you don’t want to believe are true.” 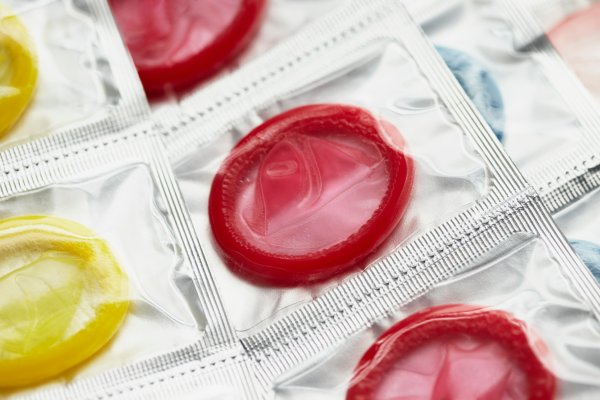