The Inside Story Behind Tinder's New Gender Options

Since the popular dating app Tinder launched in 2012, new users have been given two options to describe themselves when they sign up: male or female. But that seemingly simple question presented a conundrum for people like Liz Busillo, a graphic designer in Philadelphia who identifies as agender—meaning Busillo identifies as neither a man, nor a woman.

“I figured, I present in a way that’s very feminine, so I’ll just put down female and clarify in my profile,” says Busillo, who uses the singular pronoun they.

What ensued was a slew of negative interactions, mostly with straight men, including aggression, harassment, and someone reporting their profile for being “fake.” Many other transgender and gender non-conforming Tinder users have reported similar experiences on a platform where gender was presumed to be as straightforward as swiping left or right. And that is the main reason that as of Tuesday, Nov. 15, Tinder’s gender feature will operate in a totally new way.

“Once we found out,” Tinder CEO Sean Rad tells TIME of experiences like Busillo’s, “we knew we had to make a change. Because we’re really committed to making sure Tinder is a place for everyone. We will do everything we can to make sure Tinder is a safe place.”

Now users will have three options: man, woman and a button for “More.” The third door leads to an open field, much like how Facebook’s gender option now operates. Users can input anything they want, though Tinder partnered media advocacy organization GLAAD to develop a list of nearly 40 auto-fill suggestions that range from trans to pangender to two-spirit. Users will also have two other key choices: the ability to display their gender “front and center” on their profiles, as Rad puts it, and the ability to choose whether they would like to show up in results for women or for men. After all, says GLAAD’s Nick Adams, Tinder isn’t set up to decide which bucket best suits someone who identifies as genderqueer, and that answer will vary from person to person.

“It’s important for a major company like Tinder, which has tens of millions of users around the world, to send this message that transgender people are welcome on the platform,” says Adams, who has consulted on transgender-related projects for platforms ranging from E! to Facebook to The Sims computer game. (That is especially the case in the current political climate, he says, when many LGBT Americans are wary about what the future holds.)

“Transgender people are part of the fabric of our American culture,” says Adams. “They are part of your dating pool. And that is just the modern world in which we live.”

Tinder users are shown photos of nearby users in the app and can swipe right to “like” them and left for “no thanks.” Users are alerted only to mutual right-swipes, which result in a “match.” To date, 20 billion Tinder matches have been made across 196 countries, with more than 1 billion swipes happening each day. Yet like any wildly popular startup, the company is always looking for the next way to improve the user experience.

To that end, the company has “hackathons,” events where employees are tasked with coming up with new features or solving problems in a marathon-style setting. The new gender-selection project came out of one such hackathon held this summer. Rad says the company “literally went through hundreds of iterations” before landing on this version, which he sees as a compromise being keeping the user experience simple and acknowledging how complex gender issues can be.

Tinder hosted focus groups with transgender users at its Los Angeles headquarters and brought in other seasoned consultants like Andrea James, who helped coach Felicity Huffman for her role as a transgender woman in Transamerica (and has worked on countless other projects related to LGBTQ identities.) James describes dating as one of the biggest frontiers the transgender community faces in their quest for acceptance: “Dating for trans people has a lot of stigma around it.”

“Well, were you once a man? Do you have a penis?” Those are the types of conversation-openers Busillo became used to getting on Tinder. “I would try to speak logically to people and say it’s a really inappropriate question to ask a stranger,” says Busillo, who also embraces the label transgender. “How would you feel if someone asked what you had in your pants?” In the past, this kind of exchange has led to transgender users getting their profiles suspended, after the inquiring party reported them for being fraudulent or deceptive.

As part of the gender overhaul, Tinder has rolled out new training for customer service associates and set up a special channel for such users to get those profiles reinstated. Programmers also revamped algorithms that are designed to deal with reports until a human has a chance to review what happened. “Someone being reported for who they are is just unacceptable,” says Rad. The CEO of a company that has been criticized for promoting superficial, sexist hookup culture says that sitting and talking to so many transgender people throughout the project has led him to a deeper understanding of the human condition.

“Gender is not binary,” says Rad. “It’s really about how people see themselves and how they feel. And we want to be more inclusive. I hope as a society that we are more inclusive.”

Rad doesn’t know how many Tinder users might use the new feature, in part because they have never had a way to collect data about whether users identify as anything other than a man or woman. Though the company won’t release exact figures about average monthly users, the Tinder app has been downloaded over 100 million times. If half of those represented active users, best estimates would suggest that roughly 3 million swipers identify as transgender.

Does Rad expect that his company will get backlash from some of the other millions, be they people who believe gender is determined solely by one’s anatomy at birth or men who are made uncomfortable by the fact that transgender women are showing up in their “deck,” the pile of potential matches presented to users on the app?

Part of keeping it simple means that there will not be hyper-specific ways to decide the gender of people you want to see. Women can’t choose to see only cisgender men. Gender fluid people cannot seek only other gender fluid people. It’s men, women or both. “If a transgender woman appears in your deck, and you are not interested in dating a transgender woman,” says GLAAD’s Adams, “then you can literally just swipe left.”

Not every trans person is going use the new feature, nor have the desire put their gender history front and center for all to see. Even people who consider themselves allies can be under the mistaken impression that for transgender people, “the more you are ‘out of the closet,’ the more happy you will be,” says Adams, who is a transgender man. While that may be more true for gay, lesbian and bisexual people, he says, it’s complicated for a minority whose authenticity is constantly called into question—and who can suffer violence when other people discover their status.

Take the 2013 case of James Dixon, who started talking to a young woman named Islan Nettles on the streets of New York, not realizing she was transgender. His friends taunted him, saying Nettles was “a guy.” Dixon beat Nettles to death, later telling police he “didn’t want to be fooled.” Several cases of transgender women being murdered arise every year, while transgender people across the board report high levels of harassment. Says James, the Tinder consultant who is also a transgender woman: “It’s always a challenge when you want to disclose your trans status.”

Some transgender people “won’t even get anywhere near a coffee date” unless they know the person they are meeting is aware of their gender history, “for their own safety,” Adams says. Other people don’t feel the need to reveal that very private and personal information unless they have established some kind of relationship with a person. “It’s a false and destructive stereotype that transgender people are somehow being deceptive when they don’t disclose their transgender gender identity within the first five minutes of meeting someone,” he says. And plenty of Tinder users who are transgender prefer to simply identify as a “woman” or a “man” on the platform as they do in daily life, just as cisgender people don’t tend to go around qualifying their man- or woman-hood.

As with any new feature, Rad knows this one won’t work perfectly for everyone. He says he’s excited to get feedback about what he describes as “the first best version” of something that may take other forms in the future. Nothing about the update will stop users from sending rude or prying messages to gender non-conforming users, nor will it erase the stigma the persists around being attracted to a transgender person. But users like Busillo are hopeful that the change, given Tinder’s enormous audience, will prove a big mind-opening moment.

“There are so many people who are labeling themselves as female or male who are not those genders. If you don’t meet people who are agender or bigender, you’re going to assume they don’t exist,” says the 22-year-old. “Once people start to see in a very real way that those are not the only two ways people identify, that might make it more real to them, that might get them to reevaluate things.” 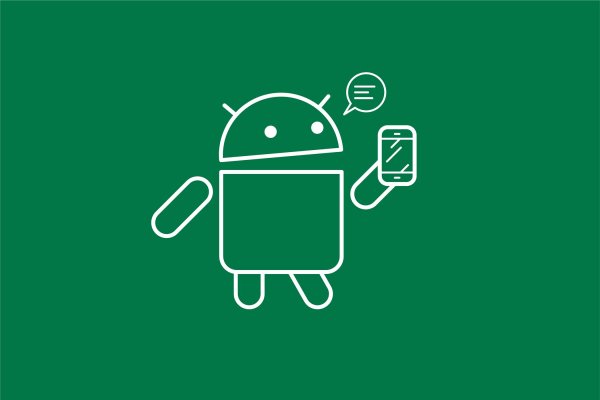 Google's Driving App Is Now Available to All Android Users
Next Up: Editor's Pick