The Truth About What Alcohol Does to Your Heart

Having a drink or two a day can be a good thing, at least as far as the heart is concerned. There are nearly 100 studies of large populations that support this — they show consistently that people who drink moderately tend to have fewer heart events and are less likely to die of heart disease.

The key is moderation. Alcohol can be both tonic and toxin, since excessive drinking can lead to liver problems and other psychological and behavioral issues that impair health. In the latest study presented at the American Heart Association meeting in New Orleans, researchers pinpoint one way that alcohol can benefit the heart — by keeping good cholesterol levels high.

The study involved more than 80,000 healthy Chinese adults, who answered questions about their drinking habits and who gave blood for analysis four times during the six year study so researchers could measure their HDL as well as liver function and inflammatory markers. Those who reported drinking moderate amounts of alcohol — about one serving a day for women and two for men — had the lowest drop in HDL levels. With age, good cholesterol levels tend to decline, but these people seemed to slow that decline with their drinking. Those who abstained or drank more heavily didn’t show the same benefit.

Dr. Eric Rimm, director of cardiovascular epidemiology at the T. H. Chan Harvard School of Public Health, says the findings support other studies that have found that at any age, people who drink moderately tend to have higher HDL levels than those who don’t. HDL is important for heart health since it can mop up excess LDL, which can build up within blood vessel walls and contribute to plaques that can trigger heart attacks.

In fact, research suggests that having one or two drinks a day can lower risk of heart events about the same as losing around 30 pounds through diet and exercise. However, he says, “I’m hesitant to make that comparison, since weight loss is much more beneficial for other health reasons, such as reducing risk of cancer, diabetes and other chronic diseases.” Drinking and driving is also a leading cause of health problems and death.

The author, Shue Huang at Pennsylvania State University, reports that the Chinese population mostly drank beer or spirits, so the study doesn’t shed light on the effects of wine, although previous work shows that the ethanol in different alcoholic beverages generally has the same health effects. “Almost without exception if you look at fatal and non fatal heart disease, people who drink in moderation have substantially lower rates than people who abstain,” he says. All the more reason to raise a glass — but probably not more than that. 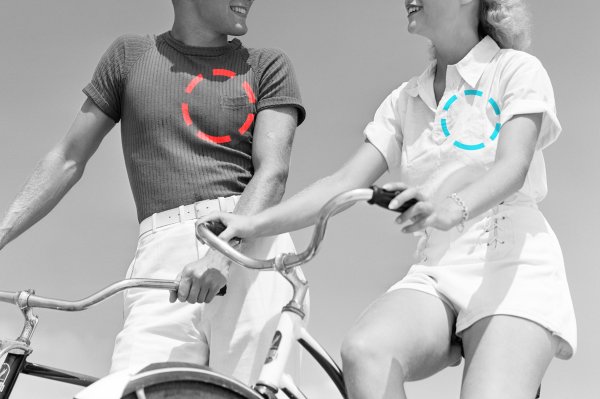 Heart Disease Is Way Down In the U.S.
Next Up: Editor's Pick