How Public Art Can Be a Powerful Protest

Image was created as an Equirectangular Panorama. Import image into a panoramic player to create an interactive 360 degree view.) Visitors browse exhibit on American Civil War at the National Museum of African American History and Culture on the National Mall November 4, 2016 in Washington, DC. The museum is the latest addition to the Smithsonian Institution and was officially opened on September 24, 2016.
Alex Wong—Getty Images
Ideas
By Lise Ragbir

In the wake of an election that has spurred protests and elicited fear among marginalized communities in the U.S., activism moves to the forefront of this country’s efforts to prepare—and heal. Art and cultural spaces can help spread activists’ message.

Hours before the President-elect secured his win, I, along with two faculty members at the University of Texas at Austin, had the pleasure of hosting a group of visitors in one of two galleries on campus that explore themes related to under-represented narratives. Toward the end of a discussion, one of the visitors asked, “Why is this gallery relevant here, on a campus where the black population makes up 4% of the student body? Wouldn’t this gallery be better placed in an area where there are more African-Americans? Where the subject-matter is relevant to the visitors?”

In the moment, I believed that it was merely an insulated question. By the following morning, however, I realized that “us and them”—the ethos that pervaded the President-elect’s campaign—has a far more insidious reach.

As the director of the Warfield Center Galleries at the University of Texas at Austin, I am acutely aware of how exhibitions can arm activists, and would be activists, with knowledge. The galleries, which are dedicated to the intersection of creative expression and social justice, aim to foster an understanding of (and allow us to embrace) the relationship between discovery and self-affirmation. The examination of this relationship seeks to undo “us and them.” This relationship can help us prepare as we look ahead.

When the Smithsonian Institution opened the doors to its newest museum — a space dedicated to the history, accomplishments, and struggles, of African-Americans—103,000 visitors walked through those doors within the Museum’s first 10 days. For some, this museum is seen as a “timely balm,” but let’s be realistic. The opening of a museum dedicated to the examination of hundreds of years and millions of people will not undo the scars of centuries-old wounds. However, visitors to the National Museum of African American History and Culture are bucking museum visitor trends, stepping into the Museum, and proving this country’s need to honor a range of stories. Lonnie G. Bunch, III, Founding Director of NMAAHC said, “This Museum will tell the American story through the lens of African American history and culture. This is America’s Story and this museum is for all Americans.”

Admittedly, there is a risk in distilling the breadth of a complex narrative down to hand-picked objects. And true, there is something disconcerting about housing a Michael Jackson costume and 10 shards of stained glass from the 16th Street Baptist Church bombing in the same space. Still, this space— and other arts and cultural spaces—can provide the platform to unpack complicated issues.

At the Bronx Museum of the Arts’, “Art a Catalyst for Change” empowers school-age participants. In a teen-produced video, viewers are told young black men, ages 15-24, bear the greatest risk of death due to gun violence. A teen cast-member tells audiences violence can be stopped by reflecting on ourselves, “to see if this is the life we want to live.”

If creative expression holds this power, we must also consider the notion of inclusion, or the lack thereof, in arts and cultural spaces. Even First Lady Michelle Obama has touched on this idea, when at the re-opening of the Whitney Museum in 2015, she said: “I know the feeling of not belonging in a place like this.”

But the numbers show “not belonging” in certain cultural spaces is more than a feeling.

Yet still, hundreds of thousands of people, across race and ethnicity, are flocking to the Mall’s latest addition because of the space given to a story that affects us all. The National Endowment of the Arts reports one of the top reasons Americans attend arts spaces is to learn something new. The same report reveals “listening to other perspectives” is a key value held by the majority of arts-goers. As Roman Krznaric, author of Empathy: Why It Matters, and How to Get It said, “Developing empathy has the potential to create radical social change.”

To be clear: arts and cultural platforms alone can’t inform the radical change we seek, but in an era of renewed activism, the power of the intersection between creative expression and social justice cannot be overlooked. 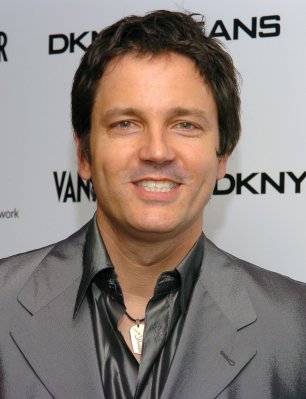 Step Back from That Ledge My Friends — And Get to Work
Next Up: Editor's Pick