Rebel-Held Aleppo Is Down to Its Last Rations

There are still an estimated 270,000 people living in Syria’s eastern Aleppo, an area that is blockaded by government forces, and they are dangerously close to running out of food, the U.N. warned Thursday.

Humanitarian agencies have been unable to get inside the besieged city since the Syrian government launched a major assault on the rebel-held districts in September, the BBC reports. And the last time significant supplies could be delivered was in July.

As the last rations were being handed out, Jan Egeland, humanitarian adviser to the U.N. special envoy for Syria, said he had never seen such “politicization and manipulation” of humanitarian aid.

“The consequences of no help, no supplies would be so catastrophic that I cannot even see that scenario,” he said while speaking to members of the media on Thursday.

Egeland urged Russia, the Syrian government and opposition fighters to allow medical and food supplies into besieged areas as well as allowing evacuations of the ill and injured, stressing that winter was starting and “no doubt it will be the worst in this cruel war.”

He said that a four-point initiative was presented to all parties last week, and expressed optimism that it would help the current desperate situation.

“I do not think anybody wants a quarter of a million people to be starving in east Aleppo,” he said. “I cannot see anyone wishing to see so many civilians bleed to death in both east and west Aleppo because of indiscriminate war.”

In light of the U.S.’s role in Syria and the President-elect, Donald Trump, Egeland said that what was needed now was “uninterrupted, full engagement” from the U.S. 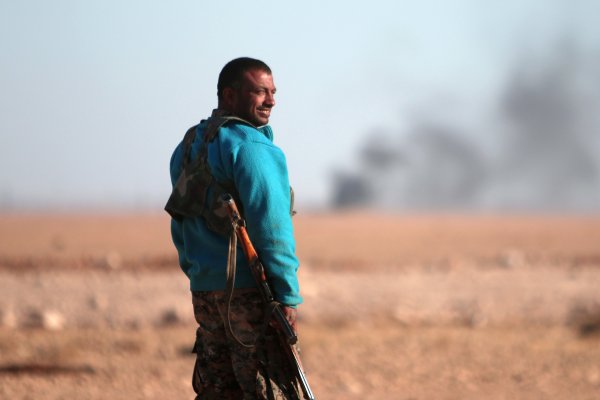 Syrian Rebels Move to Reclaim Raqqa From ISIS
Next Up: Editor's Pick