The Man in the Yellow Shirt Is Now Dead. Here's How That Could Upend the Philippine Drug War

In May, Rolando Espinosa Sr. ran his mayoral-election campaign on a promise to take on the drug trade in his town, Albuera, on the Philippine island of Leyte. But, on Nov. 5, less than six months after he was elected — and three months after President Rodrigo Duterte read out his name on live national television along with the names of 158 other public officials the President accused of being involved in narcotics — Espinosa was shot dead inside a jail cell by police.

The list of names read out by Duterte was riddled with errors. Only four of the seven judges it named were still on the bench — one had been dismissed, another had died eight years previously. Neither did the President present any evidence linking the individuals he named to the drug trade. Many protested their innocence, and one, the former mayor of Cebu Michael Rama, tells TIME that he believes he was named as part of a settling of political scores.

But for the people who appeared on the list, evidence, or the lack of it, must have seemed like an abstract diversion. Many were in immediate fear of their lives.

Espinosa surrendered to police to beat a 24-hour deadline on a “shoot on sight” order issued by the President. The following day, cops entered his family compound, killed six of his bodyguards, and claimed to find a massive haul of methamphetamine — worth, they said, $2 million. The mayor denied knowledge of it and vigorously declared his innocence.

“The authorities are using me to pressure my son, Kerwin, to surrender,” he said in a statement soon after. (Kerwin Espinosa was also accused by police of drug trafficking.)

Rolando Espinosa pleaded to Duterte to call off the local authorities who were harassing his family. Albuera’s police chief, he said, had publicly threatened to hang his head on the flagpole of the municipality.

“I still believe in the justice system that eventually will uphold my innocence,” Espinosa added.

The mayor’s faith was misplaced. After being initially released and then arrested again, and while in jail awaiting trial, a police team unloaded four bullets into his body and one into his head. They said he had been resisting the officers who had come to search his cell.

Before he was killed, Espinosa signed a highly questionable affidavit that supposedly connected 226 police and government officials, including Leila de Lima, and even members of the media, to his son’s alleged drug trade.

The mayor’s affidavit — signed without a lawyer present — was supposed to guarantee his safety. But, soon after, he was arrested on charges of illegal possession of firearms and drugs and transferred to the subprovincial jail where he died.

In the context of the Philippines’ drug war, his death seems to be a picayune stat: more than 4,000 people have been killed since Duterte came to office on June 30, many at the hands of shadowy vigilante groups.

But the slaying of a mayor in custody has reopened a junked senatorial inquiry into the extrajudicial killings and marks a “sinister terra nova” in the war on drugs, Phelim Kine, deputy director of Human Rights Watch’s Asia Division, tells TIME.

“The focus is expanding from the marginalized poor in urban slums to higher value targets,” Kine says. He added that prominent members of the public, and politicians that had previously gone along with the drug war, were having second thoughts now that it threatened people close to them.

Espinosa was the second mayor killed in a fortnight. The first, Samsudin Dimaukom, mayor of the southern town of Saudi Ampatuan, was also accused of involvement in drugs by Duterte and was killed in a shootout with nine of his men on Oct. 28.

They were not the first high-profile targets in the drug war. On Sept. 10, the body of Maria Aurora Moynihan, daughter of a late British peer, was found under a cardboard sign that read, “Drug Pusher to the Celebrities, You’re Next.”

A member of the Special Weapons and Tactics (SWAT) team stands guard while residents look on during an antidrug operation at an informal settlers area in Manila on Nov. 9, 2016. Since President Rodrigo Duterte took office on June 30, his war on drugs and other crimes have claimed more than 4,100 lives, according to official figures
Ted Aljibe—AFP/Getty Images

Back in August, with the death toll soaring through the hundreds, Senator Leila de Lima — Secretary of Justice under the previous Administration — opened a Senate probe into extrajudicial killings under Duterte.

Witnesses in hoodies, face masks and sunglasses testified against police officers they accused of killing their family members. One witness, saying he had “nothing left to lose,” claimed to have been a hit man during Duterte’s mayoral tenure in the southern city of Davao; he told tales of feeding enemies of the President-to-be to crocodiles.

But Senators punched holes in the supposed hit man’s story and soon after de Lima was ousted from the committee chair, the target of a Duterte smear campaign. She was succeeded by an ardent Duterte supporter, Senator Richard Gordon, who called for Philippine police to be allowed to make arrests without warrants. Under him, the inquiry stalled, and then ground to a halt altogether over fears it might “deter” police momentum.

When the panel on extrajudicial killings reconvened last week, after the death of Espinosa, Senators quizzed the police on why a warrant was required to search his jail cell, why 18 officers had delivered it, how Espinosa and the inmate of the adjacent cell Raul Yap — also shot and killed — came to have guns, why the hard drive from the jail’s CCTV had been removed, and why scene-of-crime operatives were sent for almost an hour before the raiding team entered the jail. (An internal police inquiry is also taking place.)

Senator Panfilo Lacson — a former PNP chief who had helped spike the original probe — called the killing a “blatant execution” and pointed out that two other associates of Espinosa had been killed after supposedly resisting policemen in separate jail facilities on Leyte.

In a televised interview Monday, Lacson suggested some police were overeager to comply with the instructions of the President, who is in a hurry to meet a self-imposed deadline to suppress the drug trade. “They got emboldened by the President’s statement,” he added.

Meanwhile, police have petitioned for the extradition of Kerwin Espinosa, who was arrested in Abu Dhabi after he fled Duterte’s shoot-on sight order. He is expected to arrive in Manila on Thursday.

“He will not die. I guarantee that,” Philippine National Police director general Ronald dela Rosa claimed to reporters on Monday.

Senator Leila de Lima, center, gestures with supporters after filing her petition for habeas data against Philippine President Rodrigo Duterte at the Supreme Court in Manila on Nov. 7, 2016. De Lima, former Justice Secretary who is a leading critic of Duterte's war on drugs, launched a Senate probe into the surge of killings since Duterte took office on June 30, which led to her being ousted on Sept. 19 by pro-Duterte Senators as head of the Senate justice committee.
Ted Aljibe—AFP/Getty Images

In response to a challenge from Duterte’s chief legal counsel Salvador Panelo, the U.N. special rapporteur on summary executions Agnes Callamard will be visiting the Philippines investigate extrajudicial killings. Her aim is to hold “state actors” responsible.

The chief prosecutor of the International Criminal Court (ICC), Fatou Bensouda, has also released a statement saying she would be “closely following developments in the Philippines.”

Some have suggested that the Espinosa case could provoke her intervention if it is not properly resolved.

Sam Zarifi, regional director for Asia and the Pacific at the International Commission of Jurists, tells TIME, “Depending on how credible [the Espinosa] investigation is, we can see whether the Philippine government is actually fulfilling its obligation to investigate extrajudicial killings, and particularly deaths in custody, seriously.”

He adds: “The Espinosa case will go a long way to showing whether there is need for international attention, including the ICC.”

Speaking at a televised press conference on Friday, Duterte seemed unconcerned. “I believe in the version of the police. [If] they have evidence to prove otherwise, then a case should be filed against the police,” Duterte told reporters. He also expressed plans to suspend “the writ of habeas corpus” to strengthen his antidrug campaign and suppress “rebellion” in Mindanao.

Meanwhile, the street slaying of alleged drug pushers and users continues unabated. Most nights, crime reporters gather outside the concrete press corps building in the courtyard of the Manila Police District headquarters. There they sip energy drinks, smoke, scroll smartphone screens and wait for cases to be called in.

Rica Concepcion, a veteran reporter, has been tracking police shootings on the drug beat since July. Now, she says, she is getting tired.

“For a moment after the holidays, we somehow expected a change,” Concepcion told TIME last Tuesday. “But yesterday night till early morning, we went to seven drug shootings and decided not to go to five others.”

While the killing of Mayor Espinosa has kicked up a stink in the Senate, and may provoke international scrutiny of the President’s drug war, Concepcion said that for people in the streets, where most of the killings are taking place, it would not make much difference. “Now they shout justice is for the rich,” she said. “There is no justice for the poor.” 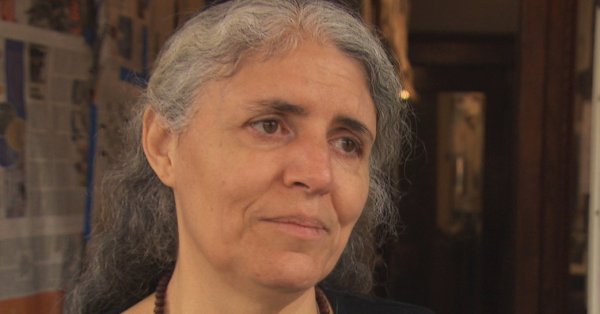 Canadian Woman Wakes to Find Swastika Painted on Her Front Door
Next Up: Editor's Pick