The world we woke up in Wednesday morning is very different from the one many of imagined it would be. In the majority of respects, though, the world is just as it was, and we’re simply realizing how blind we were to certain aspects of it. It’s this explosion of out presumed worldview, our tunnel vision echo chambers and personal bubbles, that’s the source of our cognitive dissonance. America’s populace, always a melting pot, will indeed continue to grow more diverse despite our president-elect’s best efforts. It’s vital that as we move forward as a nation we try to shake off any complacency in our perspective to understand human experiences that are not necessarily our own. To that end, here are 10 women whose writings might help us comprehend the things that will change when Donald Trump assumes the presidency, as well as the things that have always been around us, just less seen than they deserved to be.

1. Rukmini Callimachi
A former poet, the Romanian-born journalist now covers ISIS and Islamic extremism for the New York Times. She also writes about challenges other than terrorism that still face the civilians of terror-ridden countries, which can otherwise be easy to overlook. You can follow Callimachi on Twitter here.

2. Sara Novic
A novelist and magazine editor, Novic writes about deafness and Deaf culture. Her debut novel Girl At War follows a young Croatian girl as she navigates her adolescence following the breakup of Yugoslavia. You can follow her on Twitter here.

3. Lindy West
The Seattle-based feminist writes about issues affecting women ranging from Internet harassment to sexual harassment to fat-shaming and taboos stifling discourse about periods and abortion. She currently has a regular column in the Guardian and recently published a memoir, Shrill: Notes from a Loud Woman. You can follow her on Twitter here.

4. Roxane Gay
An incredibly prolific writer and professor, Gay is one of the strongest intersectional feminist voices in America today. Following the back-to-back releases of her first novel and essay collection in 2014, she’s found an increasingly larger audience for her writing on black identity, racism, rape, sexism, politics, bisexuality and fat-shaming. She contributes regular op-eds to the New York Times. You can follow her on Twitter here.

5. Ellen Nakashima
Long-time Washington Post reporter Ellen Nakashima covers national security, including cyberintelligence and civil liberties. Her frequent writing is one of the best resources for understanding everything that’s been going on with the FBI this year. You can follow her on Twitter here.

6. Claudia Rankine
A newly minted MacArthur Fellow, Rankine is a multi-genre writer who also contributes regularly to the New York Times. Her essays and poems generally focus on sexism, racism and black identity. Her 2014 masterpiece on racial microaggressions, Citizen: An American Lyric, is a devastating and beautiful account of black humanity that should be read by anyone, regardless of race or gender, who is interested in deepening their understanding of what it means to be a 21st-century American. To our detriment, she is not on Twitter.

7. Julia Ioffe
The Russian-American journalist is a former foreign correspondent who covers politics and currently writes primarily for Politico. As our president-elect’s relationship with Vladimir Putin will be of increasing interest come January, Ioffe’s mix of personal perspective and objective journalistic experience should only become more valuable, whether regarding Russian cyberintelligence or the threats facing the nation’s LGBTQ civilians. She’s also spoken out about the anti-Semitic threats she faced as a result of her widely read Melania Trump profile in GQ. You can follow her on Twitter here.

8. Janet Mock
An author and advocate, Mock writes openly about being transgender in a country that both stifles transgender voices and reacts to them with violence and hatred. Her memoir Redefining Realness is a narrative not just on the struggles that accompany being transgendered, but on those that accompany mixed-race heritage and poverty. You can follow her on Twitter here.

9. Kate Bowler
A professor of Christian history, Bowler is the author of Blessed: A History of the American Prosperity Gospel a compassionate, decade-long look at an often-caricaturized community by a woman of faith who is nevertheless skeptical of Evangelism. Her essay on the reaction to her diagnosis of terminal cancer in the prosperity gospel community is truly heart-breaking, and also interspersed with moments of great joy. She blogs about illness and Christianity, has attempted to help us understand the faith of Donald Trump and is working on a second book on the lives of Evangelical women. You can follow her on Twitter here.

10. Mohja Kahf
The Damascus-born poet and professor writes about issues of identity – Islam, sexuality, political resistance – in contexts both creative and academic. In addition to writing about Syrian politics and Islam, her novel The Girl in the Tangerine Scarf centers on gender and ethnicity. Her Twitter account has not been active in several months, but you can follow her here. 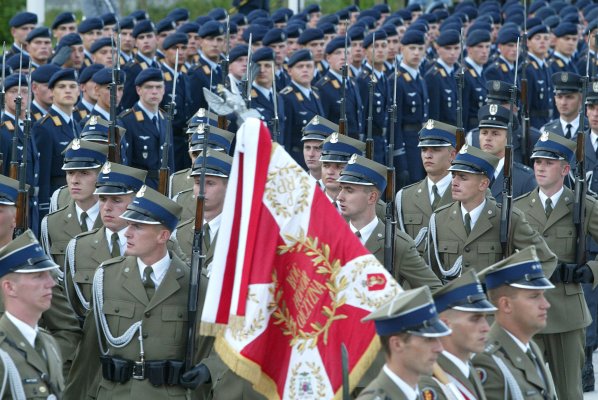 Women In Poland Are Getting Free Self-Defense Lessons
Next Up: Editor's Pick