Millions on Medicaid Could Lose Coverage Under Trump

Millions of low-income Americans on Medicaid could lose their health coverage if President-elect Donald Trump and a Republican-controlled Congress follow through on GOP proposals to cut spending in the state-federal insurance program.

The biggest risk for Medicaid beneficiaries comes from pledges by Trump and other Republicans to repeal the Affordable Care Act, which provided federal funding to states to expand Medicaid eligibility starting in 2014. Thirty-one states and Washington, D.C. did so, adding 15.7 million people to the program, according to the government. About 73 million are now enrolled in Medicaid—about half are children.

Reducing the number of people in Medicaid while ensuring that only the most needy remain eligible will be a goal for Trump and the new Congress, said Brian Blase, senior research fellow at the conservative Mercatus Center at George Mason University in Virginia.

“If we do not have fewer people in Medicaid in four years, then we have not reformed health policy in a good direction,” he says.

But there are obstacles to the Republicans’ plans. Medicaid, created in 1965, is the nation’s main health insurance program for low-income people.

Overhauling it is politically difficult because of the potential harm to recipients as well as the financial consequences to states, hospitals, doctors and other health providers, who might not get paid for their services if patients don’t have coverage. Total Medicaid spending was $532 billion in fiscal 2015, with about 62 percent funded by the federal government.

One major change endorsed by both Trump and House Speaker Paul Ryan (R-Wis.) would transform Medicaid from an entitlement program into a block grant program.

Here’s the difference between the two: In an entitlement program, coverage is guaranteed for everyone who’s eligible. The federal government’s commitment to help states cover costs is open-ended. The states’ obligation is to cover certain groups of people and to provide specific benefits. Children and pregnant women who meet specific income criteria must be covered, for example.

That formula would change if federal funds flow to states through block grants. States would have more flexibility to run their Medicaid programs as they wish, including cutting benefits and eligibility. And proponents say it would allow the federal government to spend less on Medicaid and make states responsible for covering costs beyond their federal allotments.

Turning Medicaid into a block grant program has been discussed for more than 25 years, but the idea has always met resistance from some states, health providers, health care advocates and Democrats. Even with a Republican majority in Congress and Trump in the White House, the plan would still face an uphill legislative battle.

The federal government rarely shifts power to the states and not all states want to be at increased financial risk for the program.

Another option to redefine Medicaid funding, similar to a block grant, is known as a per capita cap. States would be given a set amount of money per enrollee, which would increase each year but critics fear likely not keep up with rising health expenses. That method would help states better deal with growing enrollment because funding would rise, too.

Even without help from Congress, Trump’s administration could change Medicaid using the executive branch’s power to approve states’ requests for waivers from federal rules. That could allow Trump to approve changes proposed by Republican governors that the Obama administration has rejected, including work requirements for Medicaid enrollees and monthly premiums and other cost-sharing.

Trump could also end some waivers that expanded Medicaid and sent billions in new federal funding to some states that transformed care.

Any congressional changes to Medicaid next year would likely include negotiations about the Children’s Health Insurance Program, another federal-state program that provides coverage to youngsters whose families are slightly over the Medicaid eligibility. The program expires if not reauthorized by Sept. 30, 2017. According to the Kaiser Family Foundation, about 8 million children get coverage through CHIP, which has had Republican and Democratic support.

After Trump is in office, he may find it’s harder than he realized to repeal Obamacare and tinker with Medicaid because cutting off coverage for millions of people could bring plenty of political fallout, said Joan Alker, executive director of the Center for Children and Families at Georgetown University.

Republican Gov. Matt Bevin of Kentucky took a similar tack last year, she observed, running against Obamacare and vowing in his campaign to eliminate the expansion. He has since proposed major changes to Medicaid, but he has not yet moved to kill the expansion.

Still, Alker said Trump’s win puts the block grant idea front and center in January. And an agreement to do it could give states flexibility to make cuts in federally required benefits, such as health screenings for infants and children.

This article originally appeared on KaiserHealthNews.org 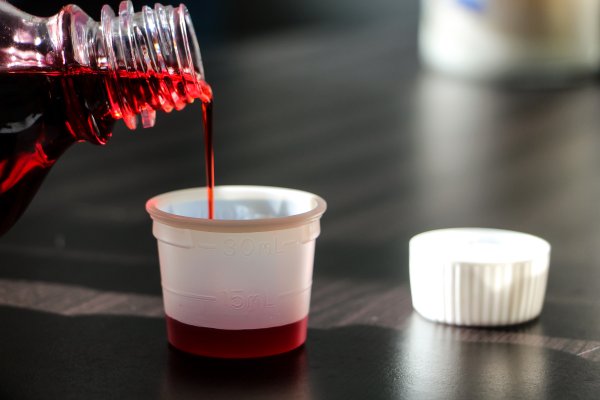 7 Reasons You Can't Stop Coughing
Next Up: Editor's Pick