J.K. Rowling Hints That Dumbledore Will Be Openly Gay in the Fantastic Beasts Sequel

Michael Gambon as Albus Dumbledore in "Harry Potter and the Order of the Phoenix."
Warner Bros.
By Megan McCluskey

Fantastic Beasts and Where to Find Them has yet to hit theaters, but director David Yates has already confirmed that a young Albus Dumbledore will be making an appearance, leaving fans wondering how Hogwarts’ most famous headmaster will be portrayed in the sequel to the Harry Potter spinoff.

During a Thursday press conference with several Fantastic Beasts cast members as well as Yates and producer David Heyman, screenwriter J.K. Rowling spoke about what’s in store for her favorite character, implying that his relationship with dark wizard Gellert Grindelwald will be explored in the franchise’s upcoming installments.

“I can’t tell you everything I would like to say because this is obviously a five-part story so there’s lots to unpack in that relationship,” she said. “You will see Dumbledore as a younger man and quite a troubled man — he wasn’t always the sage…We’ll see him at that formative period of his life.”

She went on to hint that Dumbledore will be openly gay in the series. “As far as his sexuality is concerned,” she said, pausing for a moment. “Watch this space.”

Rowling first revealed Dumbledore was gay during a 2007 appearance at Carnegie Hall, noting, “I always thought of Dumbledore as gay. Dumbledore fell in love with Grindelwald, and that added to his horror when Grindelwald showed himself to be what he was.” 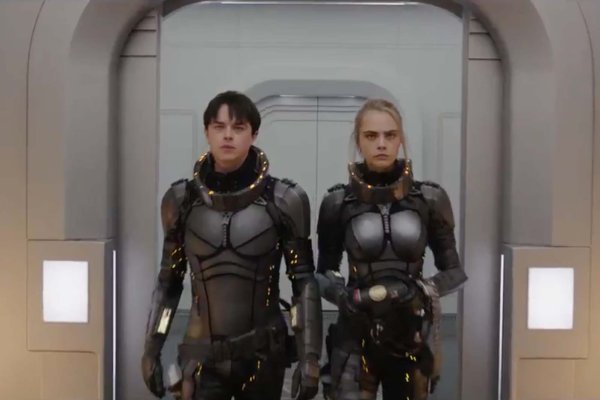 See Rihanna and Cara Delevingne in the Valerian and the City of a Thousand Planets Trailer
Next Up: Editor's Pick