President Obama met with President-elect Donald Trump for 90 minutes at the White House on Thursday, a little over 36 hours after the nation delivered a stunning upset to the current president’s legacy.

Everything about the meeting on Thursday morning spoke to the shared tension between Trump and Obama. The President-elect ran on a platform of undoing the bulk of the current President’s policies. Obama spent past two weeks zigzagging across the country calling his now-successor “uniquely unqualified” and “temperamentally unfit” for office.

Obama told reporters that the two had an “excellent conversation,” touching on a wide range of organizational issues and foreign policy. He said that his top priority is facilitating a smooth transition.

“I believe that it’s important for all of us regardless of party and regardless of political preferences to now come together, work together and deal with the many challenges that we face,” he said.

Trump, meantime, said that he has “great respect” for Obama and spoke positively about the meeting.

Although First Lady Michelle Obama and Melania Trump also met at the White House on Thursday, the two couples did not pose for a ceremonially photo as the Obamas did with President George W. Bush and First Lady Laura Bush after the 2008 election.

Since the beginning of the 2016 primary election President Obama has been touting the importance of ensuring a smooth transition of power no matter who is elected. During a postelection address in the White House Rose Garden, he called it “one of the hallmarks of our democracy.”

According to the White House, the Administration has been planning for the transition since the beginning of the year — archiving records, “off-boarding” personnel, and preparing for the new Administration. And on Thursday the President took the first in a series of final steps, sitting down with Trump in the Oval Office.

Trump and Obama weren’t the only two meeting on Thursday. Later in the day, Vice President Joe Biden will also meet with the U.S.’s next VP Mike Pence.

Until the inauguration on January 20, the Administration will continue working with the Trump transition team to deliver regular briefings, including daily intelligence briefings that are meant to ensure the President-elect is up to speed on national-security matters on Day One. 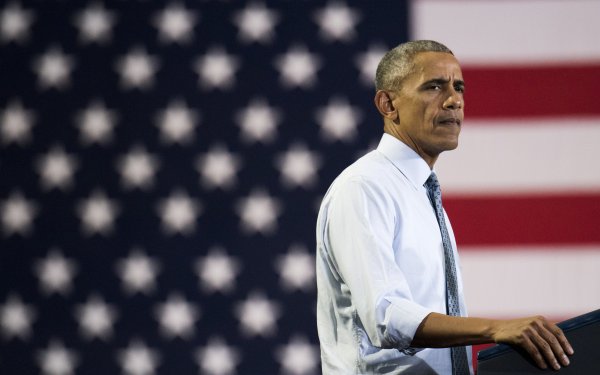